How to Raise a Successful Child (I Want To Know!) 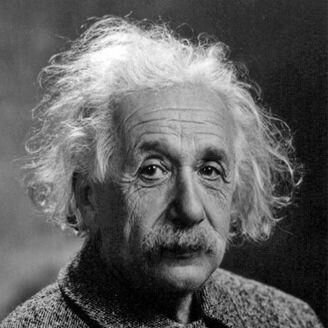 Being a new mom, my thoughts turn to who my son will be in the future.

I think of the great scientists of the past — Albert Einstein, Isaac Newton, Leonardo daVinci, Isaac Newton — and I wonder how their moms might have shaped their lives. Did she let him conduct experiments in the home? Read scientific magazines of the day? Make certain he was in the best schools, surrounded by the best possible mentors?

I think of the great theologians — Martin Luther, Augustine, John Calvin, C.S. Lewis — and wonder what their moms did to encourage those minds? Did she read the Bible to him daily? Did she study the ancient languages with her son? Did she encourage questions about God?

I think of the great athletes — Michael Jordan, Muhammad Ali, Babe Ruth, Carl Lewis — and wonder what their moms did to encourage such dedication. Did she enroll him in classes at a young age? Did she make him practice when he’d rather goof off? Did she let him work at his own pace, so that he didn’t lose his love for the game?

I think of the great businessmen — Steve Jobs, Warren Buffet, Henry Ford, Bill Gates — and wonder what their moms did to encourage such ingenuity? Did she help him with his first lemonade stand? Did she teach him how to manage money? Did she let him see the family budget or watch as she was paying bills?

Certainly these men would have innate skills and interests in their areas. Michael Jordan probably started playing basketball early in life, stood out from the crowd naturally, and then worked to get better. Did his mom notice how capable her little boy was or was his success a surprise to even her? I’d like to think that most of these moms played a role in developing those skills and interests. If those men had been raised by a different mother, would they have still accomplished the things that they have?

Now, I’m not expecting my son to be a world famous scientist, theologian, athlete or businessman. If he wants to be a police officer or an accountant or a software designer, that’s great! I simply think that, as a mom, I have an opportunity to either help my son fulfill his potential or I can squash his dreams.

So, little man, show me and tell me who you want to be. I’ll do my best to be the kind of mother who will help you do your best!

How do you encourage your children to develop their talents and become successful?