How Mother’s Day Is Celebrated in 7 Different Countries

Find out how madres, mères and majke are feted from Bangkok to London. 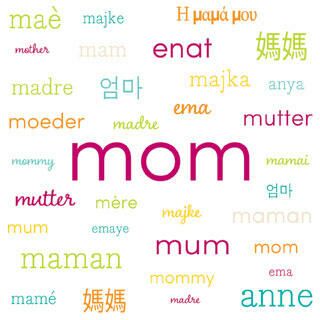 Mother’s Day comes with deep-rooted traditions in the US—breakfast in bed, beautiful flowers and heartfelt cards are all a standard part of the second Sunday in May. But that’s not the only way to celebrate the special women in your life. Countries all over the world have their own versions of Mother’s Day, and while some follow our break-from-housework, brunch-at-a-restaurant playbook, others have surprising, less familiar customs worth learning about.

Mexico
Cue the mariachi music, which is the sound track of Mother’s Day in Mexico. Families hire bands to come perform at their homes on May 10 when the holiday is celebrated annually. Moms request their favorite songs and are treated to serenades (like “Amor de Madre”) that are about — who else? — mom. Mothers eat well too — they’re traditionally served a breakfast of tamales and atole, a hot drink made from corn.

Thailand
Chosen for the birthday of Thailand’s Queen Sirikit, who is fondly considered the symbolic mother of the country, Wan Mae (Mother’s Day) is celebrated on August 12. Leading up to the public holiday Thais celebrate the queen by displaying shrines and portraits of her and then holding fireworks shows and candle-lighting ceremonies on the day of. Ordinary moms aren’t forgotten, either—children often honor their own mothers by giving alms to monks and presenting mom with white jasmine flowers (they represent maternal love).

Serbia
Tradition has it that on Mother’s Day (called Materice and observed on the second Sunday before Christmas), Serbian children (gently) tied their mother to her bed, only letting her go when she gave them presents or sweets. The customary game, which is still played today, is also included as part of two other related holidays: Children are tied up on Children’s Day and only released if they’re smart enough to hide small gifts for their parents under their bed, and dads on Father’s Day have to promise Christmas gifts to make their escape.

United Kingdom
The UK’s Mothering Sunday began centuries ago as a day when Christians traveled to their mother church (the main church or cathedral of the area) to worship, and children working away from home were given a day off to visit their mothers. Now the holiday, which takes place on the fourth Sunday of Lent, honors British mums. Today, they’re pampered much like those on this side of the pond, but the day often includes a traditional simnel cake—a spiced cake made with dried fruit and topped with marzipan balls.

Ethiopia
Held at the end of the rainy season, the Ethiopian festival of Antrosht honors mothers. Children travel to see their mothers for the two- or three-day fall holiday (it has no fixed date but can happen in October or November, depending on when the rain lets up), bringing ingredients for a traditional meat hash, which the mother then prepares. After the feast, mothers and girls anoint themselves with butter and families dance and sing in celebration.

Australia
It’s only fitting that chrysanthemums are a traditional flower to give mothers on Australian Mother’s Day—celebrated the same day as the US holiday. The blooms are in season during the country’s autumn, and they’re called “mums” for short, just like Aussie mothers. But Australia isn’t the only country with a go-to Mother’s Day flower: In Japan, mothers are traditionally given red carnations while white carnations are placed on altars on behalf of mothers who have passed on.

Panama
This country celebrates Día de la Madre as a public holiday—government offices and schools are closed. Observed December 8, the day coincides with the Catholic Feast of the Immaculate Conception that honors the Virgin Mary. Traditionally children receive their first communion on this day—a proud event for families, including mom. But the festivities begin the night before, when groups of guitarists travel from house to house singing traditional songs to mothers. The day also kicks off more celebrations—it’s considered the beginning of the Christmas season.