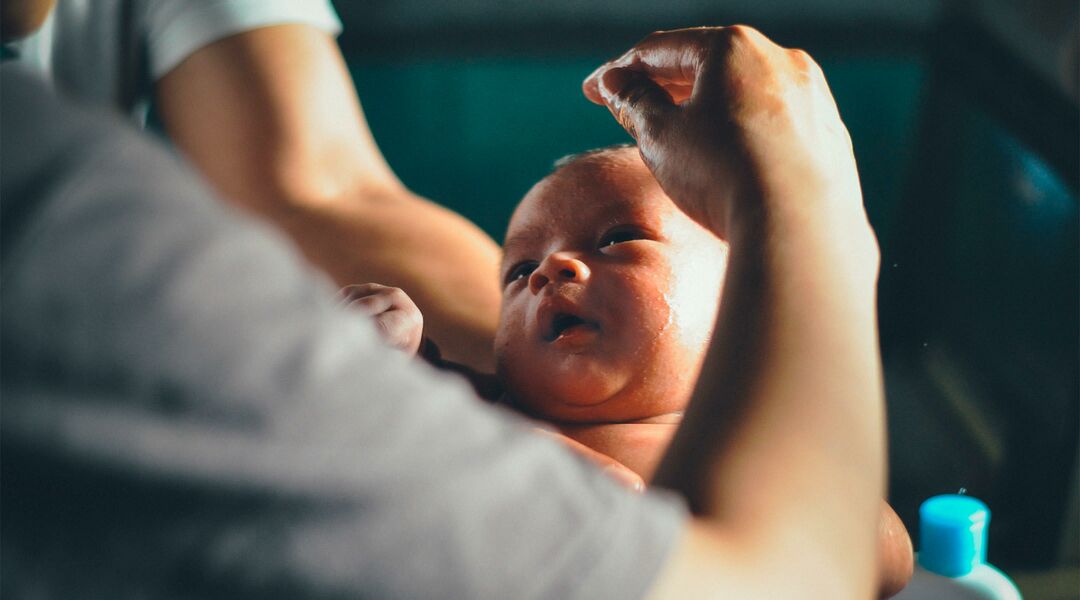 "I hate to imagine what would have happened had we decided to ignore the signs and ignore our gut."

When I was getting ready to have my first baby, I had all the typical first-time mom feelings. I couldn’t stop daydreaming about what her face would look like and how she would feel in my arms. As a new mom, you wonder what it will be like to bring home a baby. You’re nervous about how labor will feel. You read a ton of information, put a bassinet next to your bed and pack your hospital bags. More than anything you want a safe, healthy birth and a quick return home to start life as a family.

And that’s exactly what we got. Or so we thought.

My pregnancy was completely uneventful. We had all the ultrasounds and went to every appointment. Everything was normal and with each passing week, our daughter grew beautifully. We were thrilled.

We welcomed our daughter, Quinn, into the world on her due date at 3:15 a.m. It was an unmedicated water birth and one of the most precious moments of my life. She cried, took strong breaths and even smiled. The midwife who delivered her took her vitals, gave her a strong Apgar score and said she looked perfect. We enjoyed newborn bliss for the next three hours with our seemingly healthy baby and she even nursed on her very first try.

About four hours after Quinn was born, we were sent home. Since the birth was complication-free and we both looked fine, everyone thought it was safe. But a few hours later, we’d realize that wasn’t true at all.

Exhausted, we put the baby in her bassinet by our bed and fell asleep as soon as we got home. We were only asleep for an hour and a half when I startled awake, wondering why Quinn hadn’t woken up yet. She had been asleep since long before we got home, and she hadn’t cried out even once. I sat up fast and looked over at her.

I was confused. Weren’t newborns supposed to eat a lot in the beginning? Weren’t they supposed to be sleeping only short increments and crying? It didn’t feel right. I can’t explain it, but she seemed off. I picked her up and tried to get her to nurse. She wouldn’t latch, she whimpered when I touched her, and then she threw up on me—another weird sign that made me feel like something wasn’t right. Why was she throwing up when she hadn’t eaten in hours? I couldn’t think of what would be wrong, but I couldn’t shake the feeling that she just wasn’t behaving normally.

The more we watched her the more uneasy we felt. We brought her out into the house where we could get a better look at her in the brighter light. We tried to get her to wake up, but she was lethargic. We told ourselves we were overreacting. Maybe as new parents we were being paranoid. We talked ourselves out of thinking something could be wrong and tried to calm down. The birthing center had signed off on us leaving; they said all was fine. It didn’t make sense.

Then, we noticed that her skin color started to look funny. My heart sank. This couldn’t be ignored or explained away. This was real. My instincts were right, and we needed to act fast. “Her skin is turning gray… even her fingers look gray.” My voice felt shaky as I said the words. Suddenly the reality that we had brought home a sick child washed over us. Her gray skin color was a sign that oxygen wasn’t circulating through her body like it was supposed to. She was breathing, but we knew something very bad was happening.

We rushed to the emergency room, which thankfully was only 10 minutes away. I sat in the backseat of the car, patting her chest the entire way to the hospital and praying through tears that it was nothing—that somehow it would just be a fast fix or some newborn quirk that they could quickly help with.

As soon as we ran her into the emergency room, there was a swarm of doctors and nurses. It looked like a scene from a medical TV drama. They took her from my arms, undressed her, and left me standing in the doorway holding her empty pajamas. They shouted at one another as they began inserting a breathing tube as my partner and I just stood there in shock and confusion.

The day of our dreams quickly became our worst nightmare. There are no words to describe the heartbreak of watching your child suffer and being unable to do anything about it. As a new mother, I was in uncharted territory to begin with, so adding a traumatic experience on top of it was overwhelming.

We did not hold our daughter again until she was 4 weeks old—she spent nine weeks in the NICU. It was hard for the doctors to say what exactly caused Quinn to become so sick so fast, but the best explanation is that a handful of traumas worked together to cause her heart and lungs severe distress. Her birth had somehow caused pulmonary hypertension, aspiration and pneumonia which led to her lungs losing almost all function. That’s when she needed to be put on extracorporeal membrane oxygenation (ECMO), the most invasive type of heart/lung treatments you can have.

We stood by her every day, all day, fighting with her and holding her little hand. Her sweet spirit gave us so much strength—a strength I never thought I could find within myself to be the mom I needed to be. She pulled through against all odds—she’s 3 now—and we don’t go a day without being thankful for her life. She is a miracle. That little baby we brought home the day she was born almost didn’t make it. But every day with her now is that much sweeter.

I look back on that terrifying day sometimes and it still feels vivid in my mind. I’m so grateful that we trusted our instinct that something was wrong. I hate to imagine what would have happened had we decided to ignore the signs and ignore our gut. If I could go back and do it again, I would make a different birth choice where we would have been monitored longer, as is the typical practice. But hindsight is 20/20, and as moms we do the best we can going forward to learn from our mistakes. That day taught me that my instinct as a mom is irreplaceable and it’s something I will always trust in caring for my children for the rest of my life.