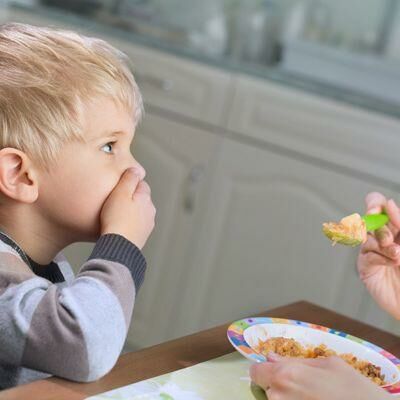 Most parents of preschoolers fight a nightly battle at the dinner table. No veggies, nothing squishy and definitely nothing orange. Most of the time, with encouragement and persistence from parents, picky eating is something toddlers grow out of. But how do you know if you need to take it more seriously?

After noticing that so many adults with eating-related issues reported being picky eaters as children, researchers at the Duke University Center for Eating Disorders decided to take a closer look at those picky preschoolers. So began the  Duke Preschool Anxiety Study, which looked at the eating habits of 917 kids two to five years old.

Parents were responsible for recording eating habits, while researchers determined how kids scored on tests for anxiety and mood disorders. The results, published in the journal Pediatrics, found that about 20 percent of kids are picky eaters — their diet is restricted. But 3 percent are severe selective** eaters** , meaning their diet prevents them from eating with others. Dislike isn’t just expressed by aversion; it’s more visceral, like gagging. While all picky eaters are more likely to later show symptoms of depression, ADHD and social anxiety, the severe selective eaters have a likelihood twice as high.

Program director Nancy Zucker says its a hypersensitivity issue. These selective eaters experience the world more intensely though all senses; picky eating is a coping mechanism. “The restriction and narrowness in eating is a way of simplifying their rich, overwhelming world,” she tells TIME.

This new theory isn’t intended to alarm parents, but to help them determine if their child’s eating habits are normal or could be pointing towards social anxiety issues. In the latter case, more guidance from pediatricians will be a helpful start to get kids back on track. Zucker recommends not forcing kids to eat foods they don’t like at meals, so that the family table doesn’t become associated with unpleasant experiences.