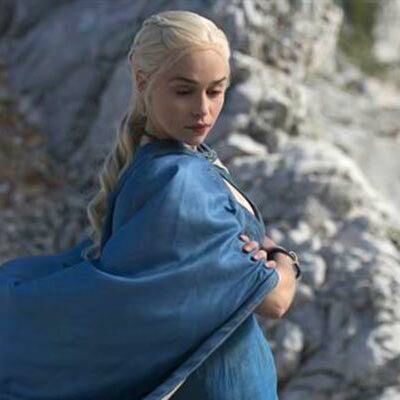 It looks like the Bella Swan-naming trend from Twilight might be over, since the latest baby naming craze is all thanks to a little show called Game of Thrones. If you’re on the hunt for a fearless and strong name for your baby girl, Khaleesi is the top contender from the hit HBO drama, since 146 babies were given that name in 2012, according to Social Security Administration data.

Daenerys garnered just 21, but Arya held strong at 700, since the name was popular before the show started.

If you like the idea of giving your baby a name with a medieval twist, here are some other monikers from the show that are uniquely awesome:

Would you name your baby any of these Game of Thrones names? If so, which one?