With so many different bottles on the market it can be hard to pick. See why this dad was more than happy with his choice. 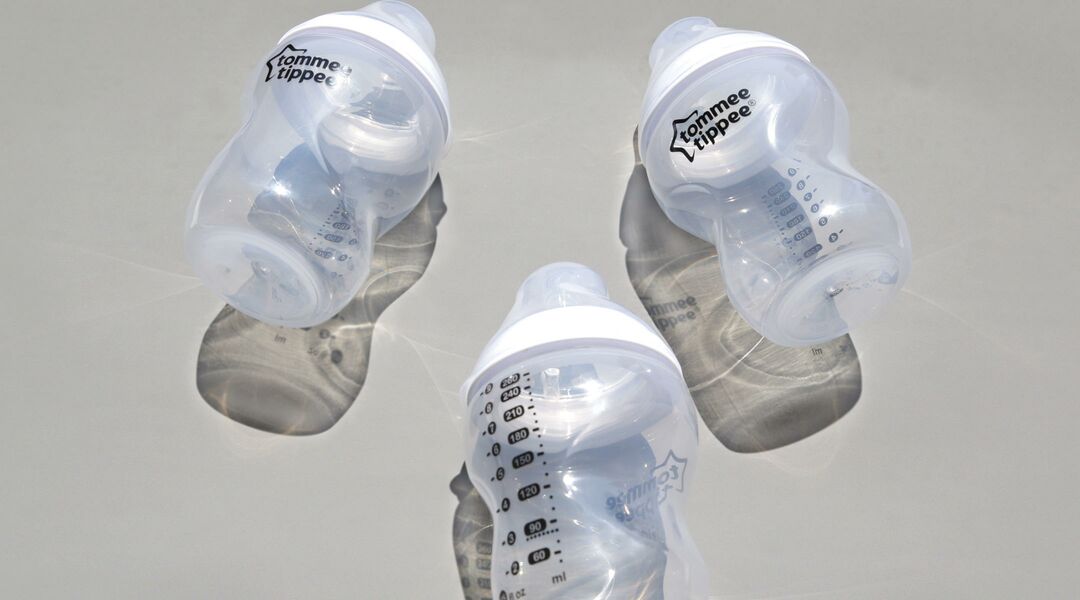 Bottom Line
Tommee Tippee bottles checked off everything on our list—simple to use and clean, and easy for baby to grab on to. We couldn’t have picked a better bottle out of the overwhelming sea of choices.

Ready to register? Shop our catalog for the Tommee Tippee Closer to Nature Bottle. 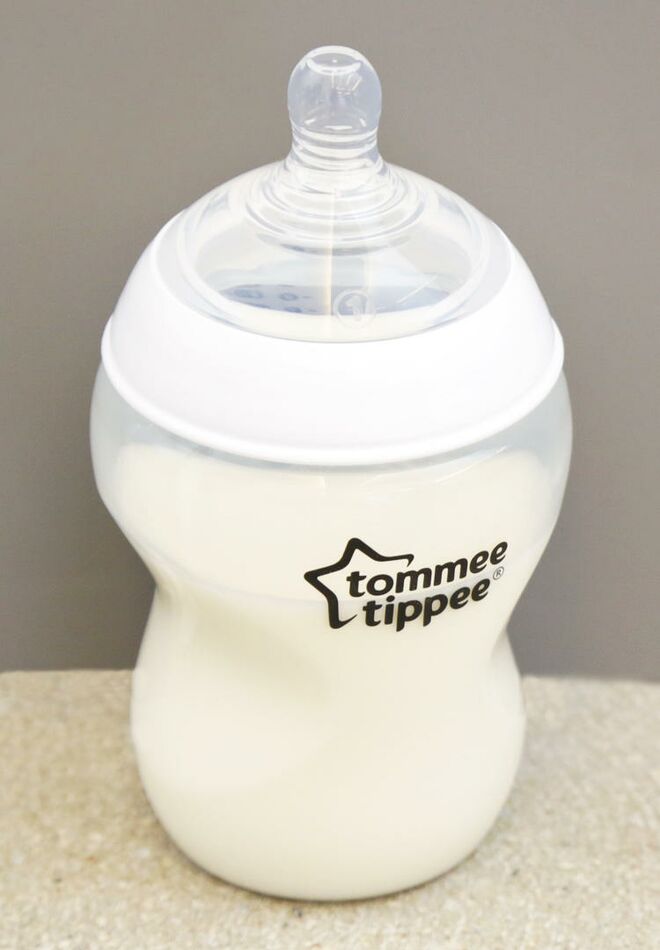 When shopping for baby bottles, we had no idea which ones to pick—all our friends had different opinions, and registering was ridiculously overwhelming. Since we adopted our newborn son and were going to be living in a hotel before taking him home, all we knew was that we needed a bottle that was nice and simple—no bag inserts, easy to clean and one that first-time parents like us would know how to use right from the get-go. We decided to go with the Tommee Tippee, and luckily it turns out we couldn’t have picked better.

For starters, there were no inserts—score! The first time we had to clean the bottles we were ready with our bottle brush in hand, but we didn’t even need it. The bottles are wide enough that you can use a real sponge to hand wash and prep them for the next use, unlike some of the free sample bottles we got in the mail (and used as spares). The nipples also pop right out of the plastic seal for a quick, thorough cleaning. The bottle gods were definitely smiling down on us and saying, “You’re welcome.” We also highly recommend the Tommee Tippee bottle sterilizer, which can be a lifesaver in a pinch. You can choose from a microwave sterilizer ($30) or an electric one ($70). 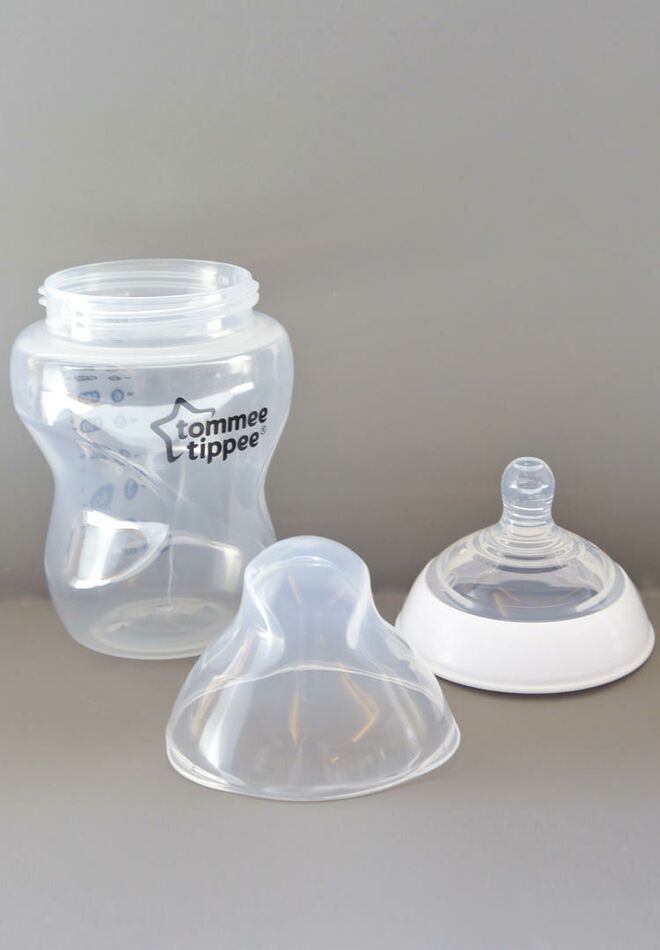 The bottles have wide openings (large enough to fit a teaspoon), so we were able to continue using them when our son got older, and we started mixing in rice cereal with his formula to fill him up. We watched as our friends performed cereal chemistry, but we were able to just take one of our regular spoons and dump the cereal right in——no fussing with measuring cups and pouring through a spout, which was another huge bonus. [Ed Note: According to the American Academy of Pediatrics you should not introduce rice cereal until at least 6 months of age, and you should never feed it to baby from a bottle unless otherwise directed by your pediatrician.] 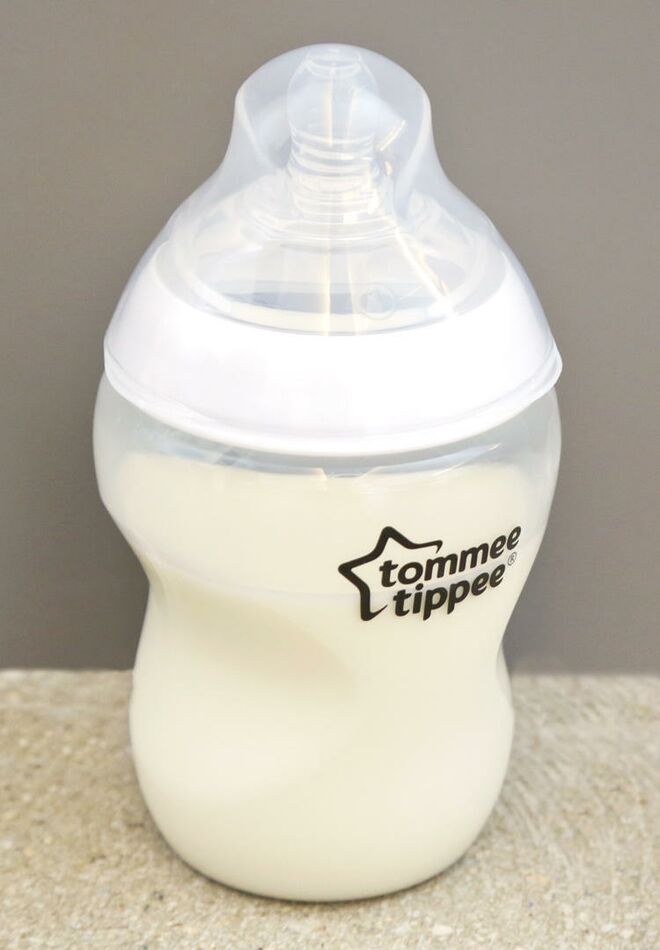 We have used Tommee Tippee bottles since day one, and nine months later they still look and feel as if they’re straight out of the box (we’ve been asked if we replaced our bottles and the answer is a proud “nope”). And that’s particularly amazing because when it comes to feeding, our son has two great joys—holding the bottle on his own and throwing it across a room, often hitting the wall (our rookie has quite the pitcher’s arm!). Countless times we’ve picked it up, expecting to see cracks on the bottle and formula splattered all over the room, but it’s never happened. I can confidently say I’ve yet to come across sturdier plastic than the Tommee Tippee bottles. They’re thrown, dropped and hurled at me, walls and even the sidewalk, leaving not so much as a crack or dislocated nipple.

When my son insisted on holding his own bottle at 2 months, the curved silhouette of the Tommee Tippee enabled him to get a solid grip on the bottle and feed himself with ease, which we found was great practice for holding a sippy cup later on.

We also bought the compatible variable flow silicone nipples, figuring that as our son got older, he would need a wider nipple to get his formula. No need for those. The Tommee Tippee newborn nipples—which have an anti-colic, anti-gas valve—are all you’ll ever need. The opening is wide enough for our son to get formula, with or without rice cereal. However, it is nice to know there are nipple options if the need arises, without having to buy Stage 2 or Stage 3 bottles, which can definitely be costly. The 3- to 6-month and variable flow nipples are both interchangeable with the original bottle. 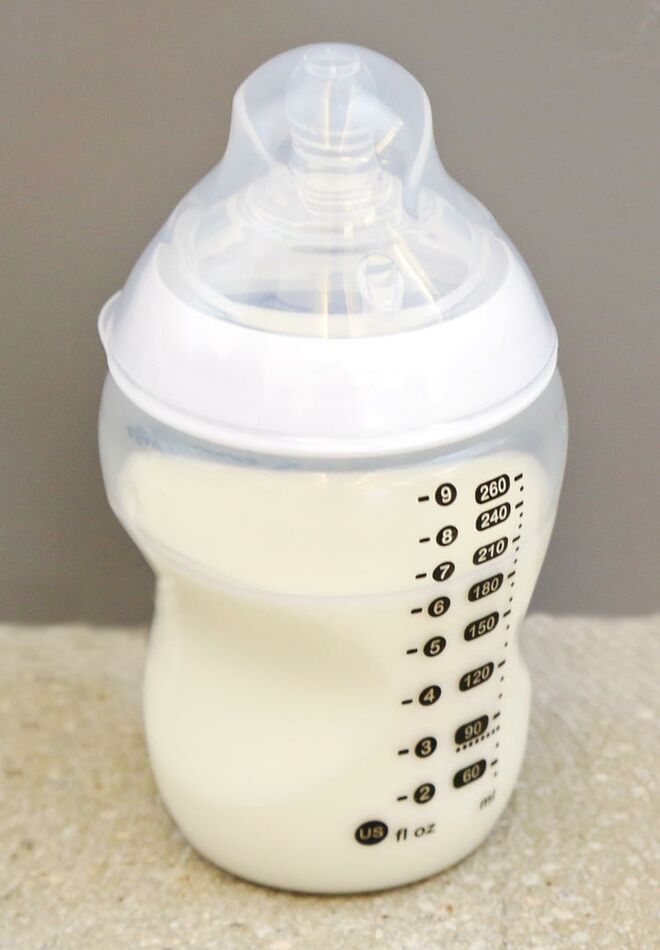 We didn’t really consider design when purchasing bottles. The fact that Tommee Tippee makes a bottle sterilizer and bottle warmer was a great selling point for us, since we were living in a hotel those first few weeks. It eliminated the guesswork of which bottle sterilizer or warmer would fit our specific brand of bottles. We weren’t necessarily on the market for a wide design, nor did we even notice it until our son decided that he didn’t want us to help him. Then we appreciated the slight curvature of the bottles, which allowed his tiny fingers to fit perfectly in the grooves and be independent so early on. Another thing that the company notes is these bottles are intuitively designed for easier, more natural feedings, and the wide, domed nipple mimics the feel and movement of breastfeeding, so it’s likely a good choice for moms who may want to combine both bottle and breastfeeding. 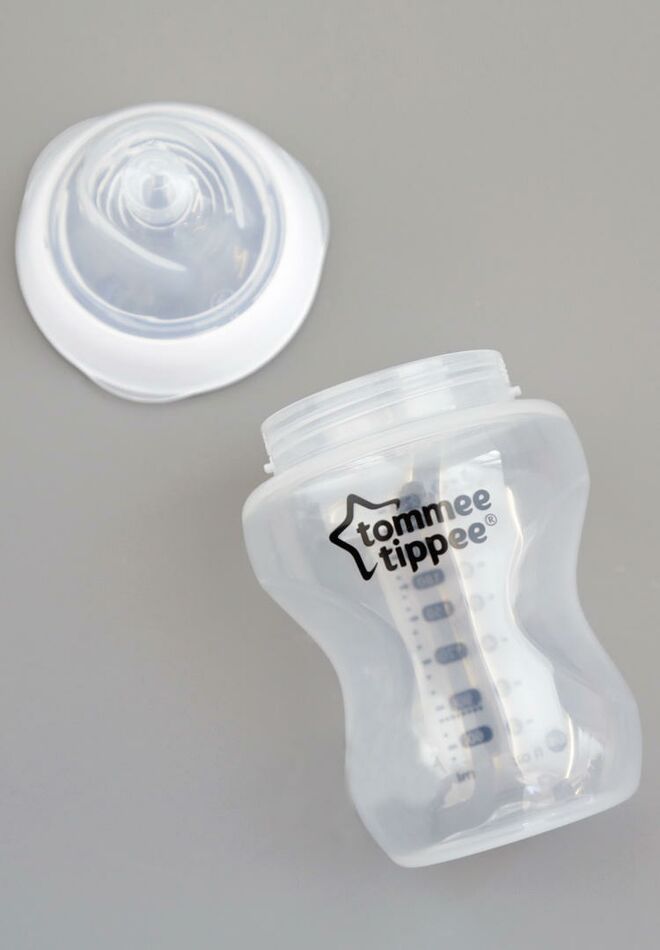 For us, registering was overwhelming. We had only two months to gather everything we would need on day one, so it was a pleasure to see that Tommee Tippee caters to the absolutely clueless, opinion-saturated new parents. We were able to buy three packages of the Tommee Tippee bottles with no hesitation or second-guessing, and are confident that we made the best choice for our son.

Adam Jacobs is dad to a rambunctious almost 2 year old boy named Ethan and full time office admin for a local real estate firm. Ethan and his dads love days at the park and anything to do with water! 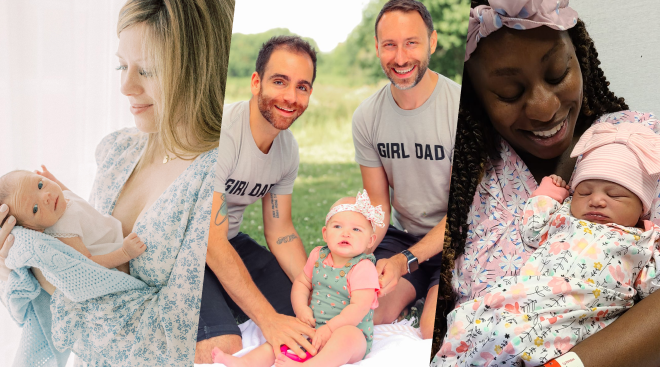