My toddler is a picky eater. Should he take a multivitamin?

Most toddlers are picky eaters! It’s not at all uncommon for a toddler to suddenly become fixated on one food — and ignore all others. Or for a toddler to only eat things that are one color, or to restrict his food intake to four or five favorite foods. Remember: Toddlers are beginning to realize that they’re independent human beings, and they love exercising their ability to make choices.

Stop focusing on what your child isn’t eating, and take a good look at what he is eating over the course of a week. If, during the week, your toddler is eating a variety of foods from each food group, he’s probably fine. If he’s completely missing (or barely touching) certain food groups, he might need a nutritional boost. Toddlers who refuse to eat meat (or are vegetarian) may be short on iron or vitamin B12. And almost all toddlers (and adults) will benefit from some vitamin D supplementation, as it can be hard to get the recommended amount of 400 IUs (International Units) from dairy products alone.

So while most kids don’t need a multivitamin, many end up taking a multivitamin because it’s easier to find a kid-friendly multivitamin than individual vitamin supplements. “The most convenient way to do vitamin supplementation, I’ve found, is with a multivitamin,” says Michael Lee, MD, a pediatrician at Children’s Medical Center in Dallas. “The advice I give parents is to let your child pick the multivitamin so we know it’s one they’ll take. I also advise parents to make sure the vitamin contains 400 IUs of vitamin D and tell them that if they have a choice of iron vs. no iron, to get one with iron. A lot of kids have iron-deficient diets, and iron deficiency can cause developmental delays.”

What the New Fruit Juice Guidelines Mean for Babies and Toddlers

3 Ways to Encourage Healthy Habits in Your Children

What Is the Six-Meal Solution?

Is My Newborn Eating Enough?

The First 1,000 Days: When Nutrition Matters Most 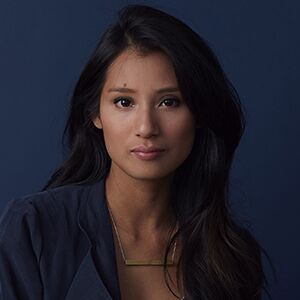 Should I Give My Baby Fluoride?

6 Brands That Are Completely Overhauling the Baby Food Industry

Yikes! What the Paleo Diet Could Mean for Baby

How to Tell if Your Toddler Needs Vitamin Supplements

8 Superfoods That Can Help You Be a Super Mom

Q&A: Going Back to Work After Maternity Leave?

9 Things Every Mom Needs in Her Kitchen