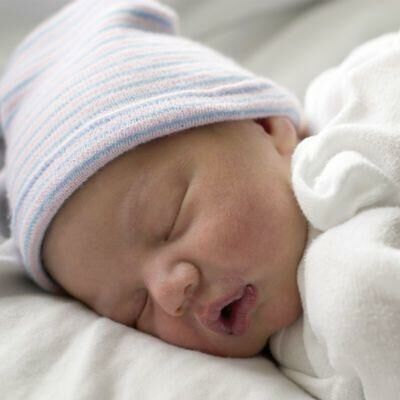 The latest study published in the journal Frontiers in Psychology found that the smell of a newborn baby triggers a surge of dopamine for new moms, which is similar to the reward response that comes with satisfying a craving for food. But smelling a baby doesn’t make you want a snack — it makes you want one of your own.

Study author Johannes Frasnelli, a postdoctoral researcher and lecturer at the University of Montreal found that smells are part of a network of chemical communication signals between mom and baby that can be very intense. She said, “What we have shown for the first time is that the odor of newborns, which is part of these signals, activates the neurological reward circuit in mothers. These circuits may especially be activated when you eat while being very hungry, but also in a craving addict receiving his drug. It is in fact the sating of desire.”

For the study, Frasnelli and her colleagues recruited two groups of women: 15 without any kids and 15 first-time mothers who had given birth between three and six weeks prior to the experiment. The study, which focused on women, did not include men. Researchers used functional magnetic resonance imaging to measure the participants’ brain activity as they sniffed through a device known as an olfactometer (which is held up to your nose to detect smells). Then, researchers fed the olfactometer with the odor of different infants which they’d collected in the form of cotton undershirts worn by 18 newborns. The 30 women (both non-moms and new moms) were not told what they were smelling in the experiment. They were then asked to rate how pleasant, intense and familiar each odor was to them.

Researchers found that women in both groups rated the baby odors as weak, unfamiliar and mildly pleasant — but the 15 moms generally had greater activity in the part of their brain linked to reward. Brain scans also showed that new moms had heightened activity in the dopamine pathway of the caudate nucleus, which is a region near the center of the brain that place a role in reward learning. Frasnelli and her colleagues aren’t sure if new moms undergo a hormonal change that leads to the surge of dopamine or if their reaction is influenced by the smell of their own baby. Frasnelli said, “It is possible that childbirth causes hormonal changes that alter the reward circuit in the caudate nucleus, but it is also possible that experience plays a role.”

So, what do you think? Does the smell of a baby make you want one?