Yep, Your Preschooler Is Smarter Than You 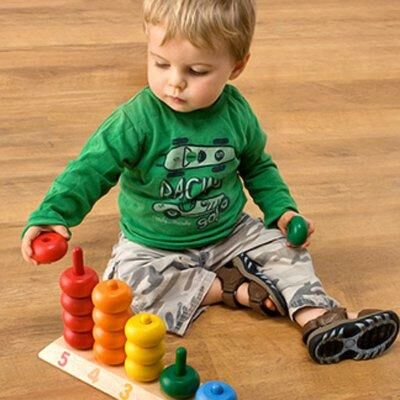 You’ve seen babies oh-so-intuitively swiping iPads and toddlers who have the DVR down to a science, all while you stand there wondering why the remote decided not to work today. A new study out of  the University of California, Berkeley may have determined why: kids are better at learning than adults.

More accurately, kids are able to think more fluidly than adults. That’s the verdict from Alison Gopnik, PhD, who led the study. Researchers recruited 100 four- and five-year-olds, and asked them to figure out how to turn on a music box by placing the correct clay shapes on top if it, either individually or in some sort of combination. Researchers showed them a series of shapes and combinations, but then left the kids on their own to figure it out.

The same task was given to 170 college students. And guess who achieved higher rates of success?

Maybe it was a Saturday morning or something, but the preschoolers were better able to figure out the music box than the college kids.

“We were trying to see if very young children could figure out cause and effect,” says Gopnik.

It appears they could. Children tried unusual strategies to turn on the music box, including tactics they never saw experimenters use. Gopnik explains that this exploratory learning  is natural for the kids, although it starts to taper off by kindergarten. Adults, on the other hand, tend to stick to the most obvious situation, even when it doesn’t work.

The conclusion: “Children learn causal relationships quickly and make far-reaching causal inferences from what they observe.” The other conclusion? Skip Geek Squad, call your preschooler.