While they’re intended to protect baby, crib bumpers are linked to many infant deaths.
save article 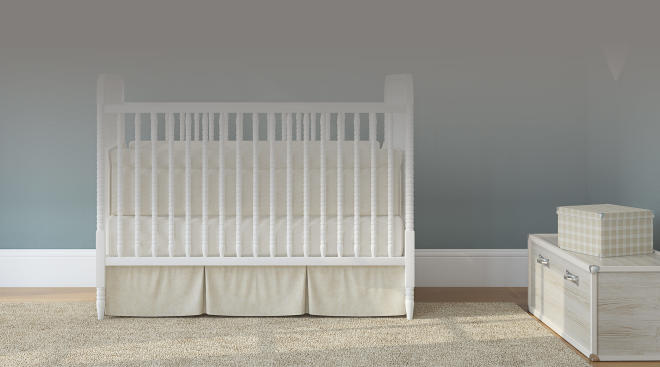 New York’s Gov. Cuomo signed a package of bills designed to help keep infants and toddlers safe from dangers in the home and at day care centers. Specifically, the bill bans the the sale of crib bumpers in New York.

The debate over whether or not crib bumpers are safe has been going on for years. Put simply, the answer is no, they’re not safe. Crib bumpers are designed to surround the interior sides of a baby’s crib to prevent them from slipping their limbs through the openings or banging their head accidentally. But while they’re meant to protect baby, they can actually have the opposite effect.

The American Academy of Pediatrics (AAP) doesn’t recommend crib bumpers due to concerns over sudden infant death syndrome (SIDS). They argue an infant could suffocate if his nose and mouth get trapped under or against the pad, and there are studies to support it. Data from the US Consumer Product Safety Commission (CPSC) shows that between 1990 and 2016, 282 babies were injured and 107 babies died in incidents in which a crib bumper was used in the crib.

“As a father, I know full well that you never stop worrying about your child’s safety, no matter how old they are,” Cuomo says. “These measures will help give parents peace of mind at a critical time in their child’s lives and will help ensure that their homes or daycare facilities remain safe and secure environments.”

In addition to the ban on crib bumpers, stores selling bigger items that pose a tipping risk, such as furniture and TVs, must now carry compatible devices capable of anchoring them to a wall and post a notice informing consumers of the risk. The bill will take effect 90 days after becoming law.

The takeaway? The best way to keep baby safe in the crib is to follow the AAP’s safe sleep guidelines. Place baby to sleep on her back with nothing in the crib but a fitted sheet. Yes, that means no blankets, pillows, stuffed toys or crib bumpers.

These Are the Baby Sleep Products New Dad Tan France Swears by
Article saved.Go to My Saved Articles
Article removed.