The things we do for our kids.
save article 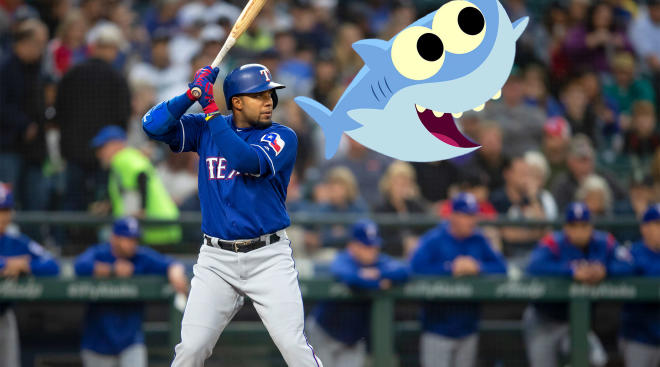 Your family may currently be focusing all of its attention on March Madness festivities, but Opening Day for the 2019 Major League Baseball season kicks off tomorrow. And depending on what game you tune into, your may find yourself in the unlucky predicament of hearing “Baby Shark” blasting through the stadium’s speakers.

Elvis Andrus must be on a mission to drive parents mad this season. The Texas Rangers shortstop has chosen The Song Who Must Not Be Named as his walk-up song. Fans recently got a sneak preview of it during Andrus’s first at-bat in an exhibition game against the Cleveland Indians.

“It’s my at-bats, it’s my song, I can do anything I want,” Andrus tells MLB.com. “I am very superstitious, if it gets a hit every day, I am going to keep it. If I don’t get any hits, it might not be up there. Hopefully it will be the song I hit well with.”

Looks like fans will just have to wait and see.

“Baby Shark” was an instant phenomena for kids when it first surfaced on YouTube. Back in January, it made its debut on the Billboard Top 100, where it then held the No. 32 spot. Over the last few months, the song has been picked up for various children’s licenses and there’s even a new Netflix series inspired by the catchy song currently in the works.