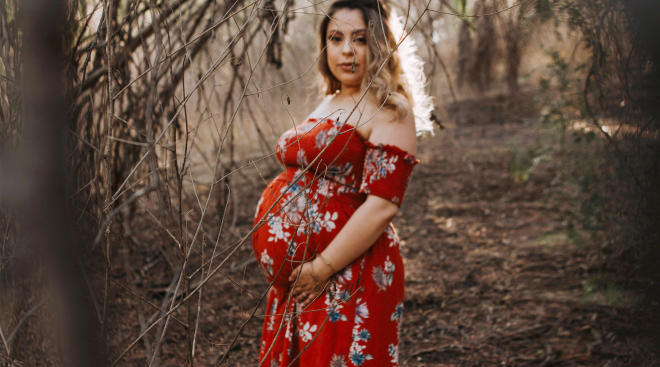 You may think it’s obvious that talking to a pregnant woman about anything related to weight is off the table, but you’d be surprised by just how abrasive some people can be. Point and case, one 24-year-old man who decided to gift his pregnant sister-in-law with a postpartum fitness book. Needless to say, it didn’t go over well.

The brother-in-law took to Reddit to make his case and ask others to weigh in. In the post, the user mentioned that he has a “somewhat strained relationship” with the woman, because he claims she “takes herself too seriously.”

The mom-to-be had a baby shower with her friends and didn’t invite anyone from her husband’s side of the family. Wanting to do the right thing, they all still gave presents to her. The 24-year-old was in a quandary when it came time to pick something out from him and his girlfriend, and tried to come up with something she would like. “I remembered that she’s into fitness and being healthy, so I got her a copy of The Complete Guide to Postnatal Fitness. It seemed like a present she would enjoy and the bookstore lady recommended it.”

It was all downhill from there. “Apparently, my sister-in-law was super-offended that I got her a fitness book, because it contained weight loss tips.” Completely taken aback by her reaction, he turned to Reddit for some help. “I can see her being annoyed by the implication to lose weight, but it’s not really an offensive thing for me to gift, is it?”

Weight gain and learning to love your post-baby body are two of the toughest postpartum changes for many to come to terms with. Although instantly “bouncing back” after baby is born is pretty unrealistic, lots of women still feel the pressure to get back to their pre-baby appearance. And when they’re unable to—because raising a child is an all-consuming task—it takes away from their self-love. Which is why broaching the topic of weight, fitness and exercise to someone who is pregnant is a pretty touchy topic. Even if the intentions are meant well, there’s a good chance a pregnant woman— who is already super-emotional and has hormones that are way out of whack—may take it the wrong way.

The Reddit user’s question opened up a debate on the platform, where there are people on both sides of the argument. The overwhelming consensus, however, is given the “strained relationship” the man admits to having with his sister-in-law, gifting her a postpartum fitness book probably wasn’t the best idea.

One user left a comment to explain although the brother-in-law may not have intended to offend her, it’s usually best to steer clear of the weight gain topic altogether. “I’m very into health and fitness myself, and have supported many friends who had similar interests through their pregnancies, and so I know well that it’s a fraught topic. I might give that book to my sister or a very close friend who I was 100 percent sure would take it as I intended it, but honestly I’d be second-guessing myself even then,” she explains. “And not even because I’d worry about them taking it as an insult even, as someone that close to me would know I didn’t mean it that way, but because of the pressure implied in a gift like that. And then you add in the fact that the original poster and his girlfriend clearly don’t like her, and I’m sure she’s picked up on that, it’s just downright mean.”