Mom Calls Out Airline for Suggesting She Breastfeed in the Bathroom 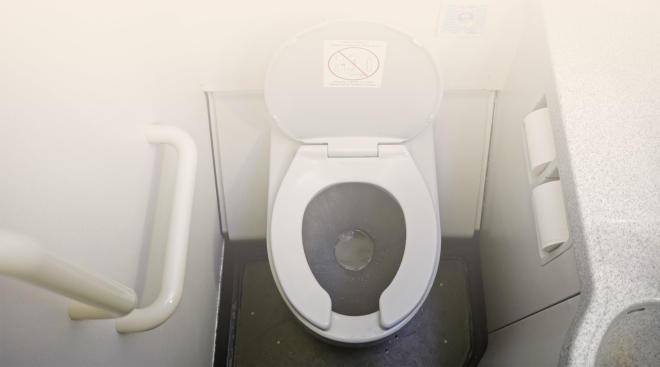 “If you would like to eat your dinner there, by all means, but my infant son will not be joining you.”

Stephanie VandenBerg refused to take any nonsense from uninformed airline employees. While on the phone with a representative from Air Canada to prep for her upcoming flight with her infant, the representative recommended she breastfeed her child in the bathroom. Having none of that, she took to Twitter to call out the airline for its unhelpful advice.

“Dear Air Canada: It is never okay to recommend a woman breastfeed her infant in an airplane lavatory. Nor would I like to be referred to your medical line to discuss this further. If you would like to eat your dinner there, by all means, but my infant son will not be joining you,” she says.

“To clarify, this was a telephone conversation with an Air Canada representative to arrange flying with an infant. I have reached out to Air Canada on multiple fronts—direct through website, facebook direct message and Twitter DM—and am waiting to be contacted,” the mom explains.

In a statement to USA Today, an Air Canada spokesperson says the airline does in fact support breastfeeding onboard and has reinstated this policy with all of its employees.

“We have a longstanding policy of supporting breastfeeding onboard our aircraft wherever mothers feel comfortable,” it reads. “To be clear, this incident did not occur onboard a flight. The customer spoke to a call center agent who was fairly new and was not aware of our policy; we have since reminded all call center employees of it.”

While this instance may have been one big misunderstanding on the new employee’s part, it’s not the first time a nursing mom was faced with problems while traveling. Heather Gleseke was furious when TSA threw away her breast milk back in October. “It’s hard enough as it is without dealing with these kinds of roadblocks,” she vented online.

The good news is there are actually a bunch of airports that take nursing moms into consideration and are known to be pretty breastfeeding-friendly. Best yet, the Friendly Airport for Mothers Act (FAM) goes into effect next year and requires all large-and medium-sized airports to provide clean, private, non-bathroom lactation rooms. Hopefully these changes to improve travel for breastfeeding moms will also raise awareness to airline employees working in terminals and onboard so they can help make the experience as stress-free as possible.