Breastfeeding and a Vaginal Birth Could Keep Your Newborn Healthier, Study Says 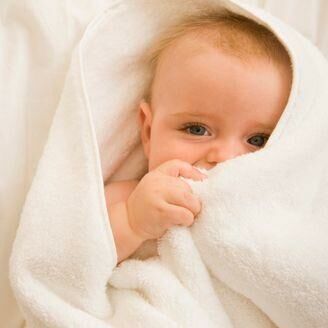 A new study led by Anita Kozyrskyj, published in the Canadian Medical Association Journal, found that babies born by C-section had a different set of microbes in their digestive tracts than babies who were born vaginally. Additionally, the study also determined that breastfed babies had a different makeup of bacteria in their bodies than other babies who were fed via formula.

The study author, Kozyrskyj, said that her team of researchers goal was to show that a “decision about elective C-sections may cause changes that parents can’t see but nevertheless affect development.” That is to say — these ‘bugs’ that live in babies help digest food are different, depending on whether or not baby was born vaginally or via C-section, was nursed or fed via formula.

Researchers studied 24 babies and compared the bacteria found in baby poop samples collected when each infant was just 3 months old. They knew, prior to the study, that C-section deliveries could result in a higher risk of asthma, diabetes, cancer and even obesity, but they didn’t know how. Their recent work suggests that at least part of that risk may be due to the microbes forming inside baby.

Through vaginal delivery, babies are welcomed to the world of bacteria and viruses because they pass through the birth canal — their birth serves at their first informal immunization. As they pass through, the pick up the microbial content of their mothers and as they continue to develop (and age), they distinguish between bacterial friend and foe. Alternatively, babies born through Cesarean section, skip the “immunization,” leaving them more susceptible  to bacteria. During the course of the study, researchers found that babies born by C-section had fewer forms of the bacteria known as Escherichia and Shigella. Kozyrskyj (the study author) says that these two forms are known as “seeding species” and they lay the building blocks for the next groups of microbes.  They are also critical species that help a baby’s immune system decipher between good and bad bacteria. Though she says that they are still learning about the order of the microbes, Kozyrskyj believes that “if there is an order, then timing is important.”

The study concluded similar findings for breastfeeding. Formula-fed babies, the research shows, have more Peptostreptococcaceae bacteria and Clostridium difficile (which causes diarrhea and other unpleasant side effects in adults), while breastfed babies do not.

And though these findings are critical for researchers, their work is far from finished. Kozyrskyj plans to connect these changes in bacteria abundance to childhood conditions — searching for more answers as to what causes these afflictions. She said, “The next step is to link these changes to childhood conditions and assess whether these children have different risks for diseases, how severe their conditions are and what the patterns of these diseases are.”

Were these findings shocking for you?