The Best Baby Announcements of 2017

From the sweet to the hilarious to the simply heart-warming, here are the year’s cute baby announcements, perfect inspiration for creating your own. 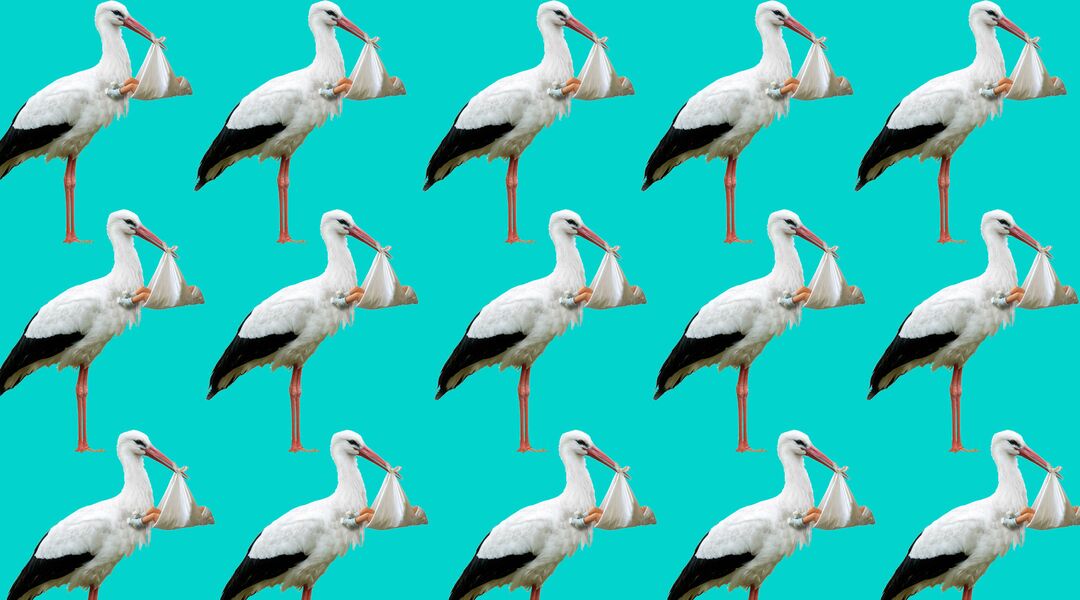 As if new moms don’t have enough to lose sleep over, the steady stream of way-cute baby announcements on social media have some women feeling that somehow a simple “Baby is here!” isn’t quite enough. Well, it is! But in case you’re looking to get inspired—or simply love scrolling through cute baby pictures (who doesn’t?)–you’ve come to the right place.

The best birth announcement ideas not only exude sheer happiness, they also reflect a family’s style and sometimes even their sense of humor—all while getting across one very important message: We had a baby, and we’re thrilled. Want some examples? We’ve rounded up some of the best baby announcements that were shared bigtime around the Web this year. Whether they’re simply adorable, super honest, clever, witty or over the top (looking at you, Beyonce), we’ve gathered them all. And if you happen to draw a little inspiration from these best baby announcements m (or let’s be honest, steal the idea outright), so be it—there’s no trademarking baby bliss. 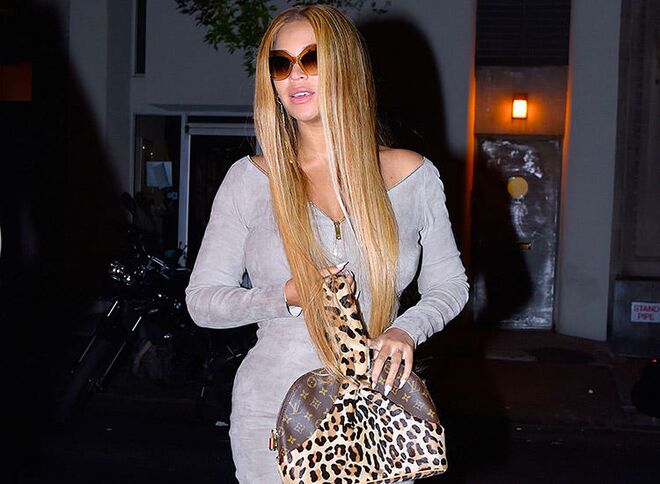 Knowles kept the flowered arch from her pregnancy announcement and struck a pose in front of it again for her birth announcement—but this time, with her new twins. “Sir Carter and Rumi 1 month today,” wrote the proud mama.

The host of ESPN’s Sunday NFL Countdown shared this cute baby announcement in June after her son was born. Note the little name tag—it’s precious! “Meet Robinson True Ponder. He goes by True,” she wrote, followed by an explanation of what inspired the name. And then: “We love you forever, True. Here’s to a new great adventure.”

For moms who love to craft, why not include your work into your birth announcements? That’s exactly what the talented former The Hills star did with her own baby announcement. Next to a shot of her needlepointing, which lovingly depicted her newly expanded family, she wrote: “He’s here! We’re so excited to welcome Liam James Tell into the world!”

The singer posted a stunning photo of herself kneeling by the ocean. She captioned it with a lovely note to her new daughter: “Dear Sienna Princess Wilson, No matter how big the wave, we will always be your calm in the storm. We Love You. Love, Mommy & Daddy.”

Who said birth announcements have to be a still image? The tennis star and her fiancé Alexis Ohanian posted a sweet video on YouTube, revealing snippets of Williams’s pregnancy, as well as new footage featuring new daughter Alexis.

Don’t be afraid to show a little humor in your birth announcements. The actress did exactly that, and with a feminist twist. “There goes the neighborhood,” she quipped. “Daisy Josephine Sudeikis. Born, like a boss, on #internationaldayofthegirl."

The McCarthys star shared this sweet snapshot of himself with his son, Benjamin—but the caption was what made fans melt. “It’s a new dawn, it’s a new day, it’s a new life. He’s Benjamin Parma Ritter. And we’re feeling good,” wrote the proud dad.

This Fort Mitchell, Alabama, mom’s birth announcement went viral after she casually referred to the fact that she got pregnant with an IUD. “My baby boy! Dexter Tyler 27 April 2017 @ 0840 9lbs 1oz 21.5in Mirena found behind my placenta,” she wrote before including the hashtags #mirenafail #blessing #theforceisstrongwiththisone (among others).

The Scandal star mixed business with pleasure as she shared the news of the birth of her son on the same day as her show’s season premiere. “Baby’s first #Scandal live tweet! Adam and I are thrilled to welcome Albee Shapiro into our family! We’re happy & healthy!” wrote the ecstatic mom.

The Days of Our Lives star posted a pic of the beaming mom and new baby. In his baby announcement, he pointed out that his son’s birth coincided with another momentous occasion in his life: “7 years today since I moved to America. What a way to celebrate with my wife,” he wrote. “What a rockstar you are my love. Welcome to the world. Viggo Sebastian Turnbull.”

It’s Boy Number 2, as the proud mom and dad, American Pie star Jason Biggs, happily pointed out with their Instagram baby announcement. “In this pic we were still calling him Sid 2,” she wrote, referring to their first son, Sid.

For swimmer Ryan Lochte, the birth of his son, Caiden, was clearly an emotional experience. “Never seen a miracle happen before. Until this morning at 5:46 a.m. when Caiden Zane Lochte was born,” wrote the 12-time Olympic medalist. No image; none needed.

Why not DIY cute baby announcements? They’re refreshing next to all the super-produced ones out there. Former The Hills star hand-painted hers and shared it on Instagram along with even cuter remarks: “Sorry I’ve been MIA for like a week! I lost my phone. Just kidding!! I made a human!” the giddy mom wrote. “Sonny Sanford Rosenman was born on 7/27/17!!” Being “beyond obsessed and in love” and wanting to bottle that feeling is something all new parents can relate to.

Lauren Walker’s pregnancy announcement on Instagram went viral after she snapped a photo of the hundreds of IVF needles she injected into herself to get pregnant with Duke and Diana. The needles surrounded two onesies—one read “Worth the wait” and the other, “and wait and wait and wait.” After the twins’ birth, the mom from The Woodlands, Texas, took another picture of her—this time, of the babies in those onesies—and shared it with a new message, along with the older photo: “That was then. This is now,” she wrote.

The British writer/TV reporter and her husband, Bridesmaids actor Chris O’Dowd, shared this adorable shot of their son. “Happy to announce I am the proud owner of this chirpy little chap. Born July 1st, his name is Valentine O’Porter, and he is so delicious.” Indeed. 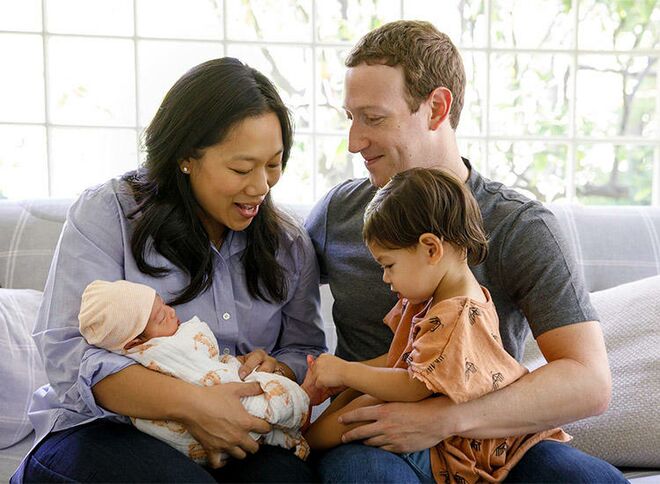 The Facebook co-founder announced the birth of his second daughter, August, in an open letter to her on (of course) Facebook alongside a sweet photo of his family, including big sis, Maxima. “Childhood is magical. You only get to be a child once, so don’t spend it worrying too much about the future,” he wrote. “You’ve got us for that, and we’ll do everything we possibly can to make sure the world is a better place for you and all children in your generation.”

The Salvation actress posted a closeup of daughter Ella Jack’s foot—hospital bracelet and all. “One week ago today, on September 29th, after a 28 hour labor, our little girl was born into the world,” she told her fans, with sprinklings of heart emojis. “Happy One-Week Birthday, Ella Jack. We love you very much.”