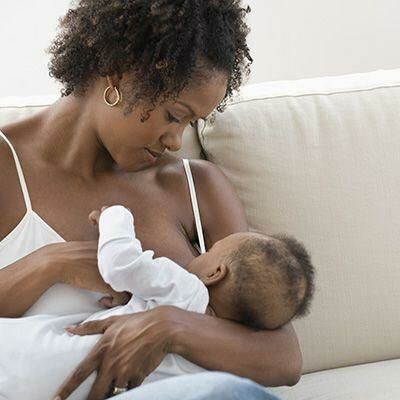 The benefits keep on coming.

This week, a new study out of the University of Haifa’s School of Public Health in Israel found that babies who breastfeed for at least six months have a lower risk of childhood leukemia than those who don’t.

Why this is the case though, is unclear. “There’s still a lot to learn about the biology of [breast milk]," says researcher Efrat Amitay, PhD. We do know that the enzymes and antibodies in breast milk lower babies’ risk of infection and illness now, and risk of obesity and other diseases down the road. And Amitay adds that newer research shows breast milk contains stem cells that appear similar to embryonic stem cells — meaning they can adapt in an infant’s body as needed.

While this all speaks to the power of breastfeeding, it’s important to keep in mind that childhood leukemia is still rare, affecting about 3,000 kids each year in the United States.

“We still don’t know what causes childhood leukemia,” says Amitay. “There have been all kinds of hypotheses about it, and one of the things that emerged in the research is breastfeeding.”

Childhood cancer isn’t the only thing being busted by breastfeeding. In April, a National Cancer Institute study found it decreases mom’s risk of breast cancer too.