Could Breastfeeding Help You in Old Age? 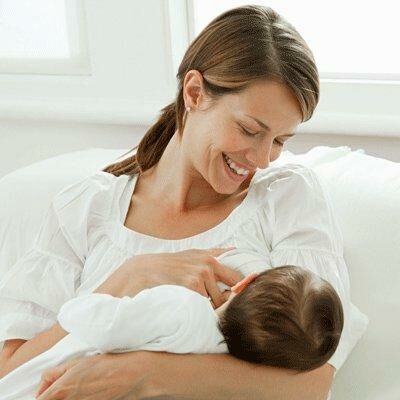 The latest study published in the Journal of Alzheimer’s Disease found that mothers who breastfeed may have a lower risk of developing Alzheimer’s disease as they get older. Researchers led by Dr. Molly Fox, from the department of biological anthropology at the University of Cambridge, interviewed 81 women between the ages of 70 and 100 (as well as their family and friends) at length about their reproductive history, their breastfeeding habits and their history of dementia.

Throughout a series of interviews, the researchers found that women who had breastfed their babies had a significantly lower risk of developing Alzheimer’s (the neurodegenerative disease), especially if they had no history of dementia found in their families. Researchers also noted that those women who had a history of the disease still benefited from breastfeeding (however, to a lesser degree).

Fox, the lead author, said, "Alzheimer’s is the world’s most common cognitive disorder and it already affects 35.6 million people. In the future, we expect it to spread most in low and middle-income countries. So it is vital that we develop low-cost, large-scale strategies to protect people against this devastating disease.” She noted that breastfeeding could be one of those cheap and easy ways to prevent the disease from affecting women. But while the research team did not study breastfeeding effects on the brain, they did note that it’s possible that breastfeeding and its relationship to the brain revolves around a woman’s body’s resistance to insulin — one of characteristics of the disease is insulin resistance. Breastfeeding, researchers reported, is known to restore insulin tolerance in women.

“Women who spent more time pregnant without a compensatory phase of breastfeeding therefore may have more impaired glucose tolerance, which is consistent with our observation that those women have an increased risk of Alzheimer’s disease,” added Fox.

However, the study was not conclusive in actually finding a link between breastfeeding and Alzheimer’s prevention — it did set up the basis to further the research in the future. A larger study scale (that expands beyond 81 women), would help make the case for a conclusive link between nursing mothers and prevention.

Do you think the benefits of breastfeeding could help ward off diseases later in life?