Did One of My Kids Get an Unfair Advantage With Breastfeeding? 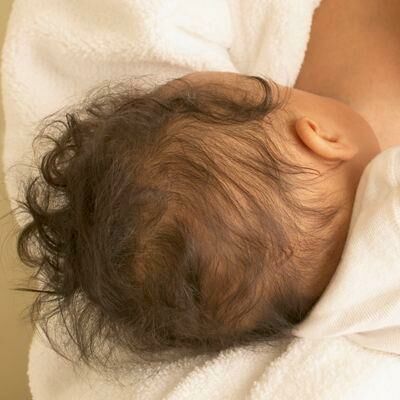 When my first child was born (after a grueling 36 hour labor) – he and I were an exhausted, overwhelmed, high strung, nervous mess. I had every intention of breastfeeding, but I had no idea how hard it would be. I latched him on over and over and as he fought me, we’d both just sob. I tried nipple shields, a lactation consultant, and after about two weeks I had an emotional and physical breakdown and switched to formula. It was insanely difficult to let go of that ideal while feeling the pressure from moms around me. I wish I could say changing to formula made things so much easier, but it didn’t. My son had a huge case of The Colic and we both were pretty miserable for six months as we tried different formulas to find one that his tummy could handle.

I was scared to have a second baby after that first experience but worked up the courage to go for it. When my daughter arrived, I wanted to try breastfeeding again. I was (way) more relaxed that time around but it still took 5 full days for my milk to come in. I used little droplets of formula to supplement while I latched her often and pumped to stimulate production. And then a moment I’ll never forget, while a lactation consultant was on the phone with me, I heard suck, and swallow! I was feeding my baby with my own body!! I went on to breastfeed exclusively for 6 months after that. Interestingly, overall, she was a much easier/happy baby. At 6 she’s also healthy, smart, and rarely sick.

So what does this all mean? Did breastfeeding make my daughter an easier baby? I don’t think so. My son is 9 now (he’s also healthy, advanced in school, and rarely sick). He’s still a pretty intense kid, too. I’m not convinced had we breastfed things would have turned out much differently. But do I wish I could go back and try it again with a new relaxed, accepting attitude? Absolutely.