The Most Inspirational Moms and Dads of 2017

Prepare to be awestruck by some of our favorite hero parents of the year. 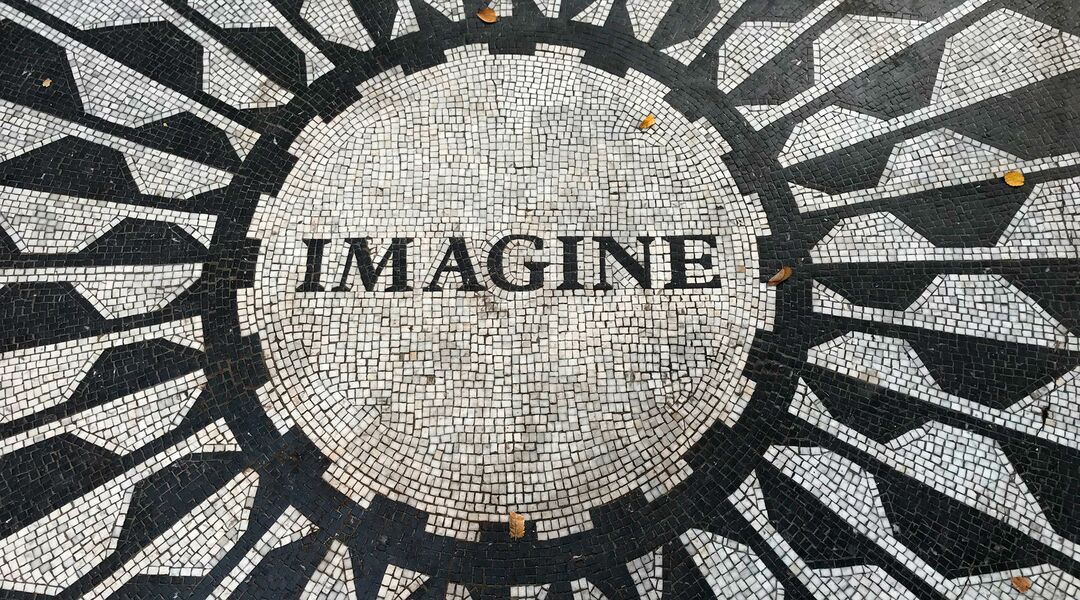 Parents do amazing things every single day. Some big, some small, and a lot unrecognized, like simply getting everyone washed, dressed, fed and out the door before the school bell rings. Here, we honor just some of the moms and dads out there who radiated parental inspo in 2017. Whether it was the parent teaching body positivity, the dad fighting for a place to change baby’s diaper or the mom meeting her fitness goals with three babies in tow, all of them gave all of us all the feels.

Mother of three, Danielle Palmer was planning on breastfeeding her youngest son, Truett. But when he was born with a congenital heart defect that lead to numerous surgeries and feeding tubes, doctors told her breastfeeding wasn’t an option quite yet. Undeterred, the St. Louis, Missouri, mom pumped. A lot. In fact, she accumulated so much breastmilk that she was able to ship 1,040 ounces worth to Texas to benefit moms who had lost their pumps or were facing supply issues in the aftermath of Hurricane Harvey. “We have each other’s backs,” Palmer said. “We take care of each other. Breastfeeding is hard. Whether you’re pumping or feeding or however it may be, it’s hard.”

Putting a clean diaper on your baby shouldn’t be hard, but for dads everywhere it is, for the simple fact that changing tables in men’s restrooms can be difficult to find. (Baby-changing stations are required to be only in the men’s rooms of public buildings, like the post office or DMV.) Enter: Clint Edwards, a father of three in Oregon who decided he was done trying to find a clean and safe spot to swap out diapers. He wrote on Facebook: “As a father with a young child I really hate when I can’t change my kid…But I dislike placing the full burden of changing every single diaper on my wife even more. This whole parenting gig is a partnership.” He decided to share his frustration with some members of his church and, lo and behold, the following Sunday a Koala Kare station had been installed in the men’s room of his church. A parent squeaky wheel, is the best squeaky wheel!

Thirty-eight year-old Theresa Marie Pitts finished her first marathon this year, which is honestly impressive enough. But she also did it while pushing three of her eight children in a stroller. Oh, and she also broke a Guinness World Record while doing it. When the Montana mom started running in 2013 she thought it best to involve her children, who range from late-teens to infant. “I knew the kids would enjoy being out on runs with me [and] I didn’t want to leave them behind,” she says. At first Evan, now 4, and Anders, now 2, enjoyed the double stroller run. Then, when Avi was born last year, she upgraded to a triple jogging stroller, and they all trained together to tackle their first marathon. “I wanted them there with me when I crossed the finish line,” she said. After all, they had been with her on her whole training journey. In the end, Pitts and the 50-pound stroller-kid combo, finished their very first 26.2 miles in 4:25:37, which bested the Guinness World Record for running a marathon with a stroller by nearly five minutes.

This past spring, new mom Abagail Wedlake, shared a different kind of mother-daughter picture with her 16K+ Instagram followers. Here, Wedlake perched tutu-wearing baby Aubrey on her hip, with her own bare stretch-mark-striped belly showing. She wrote: “I’ve earned my stripes and am embracing them more and more every day.” The fact that this post garnered over 16,000 Likes, proves that moms everywhere agree. In a later post, Wedlake continued, “Let us make pregnancy an occasion when we appreciate our female bodies during and after, [and] not hide them.” Here, here!

Melissa Churchill’s pregnancy did not go as planned. She was hospitalized for preeclampsia at 22 weeks, and just three short weeks later, an extremely rare complication made an emergency c-section a must. She landed in the ICU for liver failure, while her micro-preemie twin boys, Maverick and Manning, were rushed to the NICU. Churchill, determined to offer her babies breastmilk, began pumping amid the IVs and monitors of the ICU. Sadly, baby Maverick died just 5 days after he was born. But Churchill, whose health steadily improved, continued pumping for Manning. Churchill’s sister wrote, “pumping will mean even more now to her as she will want to do everything she can to ensure the other survives and thrives.”

Seattle dad Jeffery Lew was truly upset when he learned that children were getting publicly shamed because of their unpaid school lunch debt. “If a kid doesn’t have enough money or owes money, they may not end up getting a complete meal,” Lew said. “Kids can be cruel and make fun of them. That can be really harsh on a child… No kid should go hungry because they don’t have any money.” So he did a little digging and discovered the total lunch debt at his third-grader’s school came in at about $97. Lew quickly set up a GoFundMe page and the debt was cleared in a matter of days. Pleased and emboldened, Lew turned his efforts to Seattle Public Schools, the largest K-12 school district in Washington state, which had over $20K worth of debt. Again, a fundraising page went up and donations poured in: $500 within the first 24 hours; nearly $3,000 by the weekend. The debt is now completely gone. “It was a little bit overwhelming," said Lew. "It was quite amazing that the community came together to tackle this.”

Mom Takes off Her Swim Shirt for Good

This past July, Adrian Wood, a mother-of-four, was at the beach with her 8-year-old daughter when the little girl asked “Are you going swimming? Where is your shirt?” This took Wood by surprise. “She only knows a mother that swims in a shirt. When had I become that person?” she wrote on Facebook. “You used to be so confident, I tell myself.” Wood decided that it was important to finally shed the shirt—for both herself and her daughter. “I was more uneasy than I care to admit, ashamed almost. Pale belly, full breasts, thick torso, I haven’t been that exposed on a beach since I became a mother,” she wrote. But also: “I am enough. I am more than enough. I am strong. I am imperfect and I love with my whole heart. Where’s my shirt? Well, my darling, I don’t need it anymore.”

Tom Hardy loves Halloween. More specifically, he loves making epic Halloween costumes for his 13-year-old son, Tommy, who has cerebral palsy, epilepsy and autism, and is in a wheelchair. “I really believe this is his favorite time of the year when he gets to be the king of the neighborhood,” says Hardy. In the past, Tommy has been an X-wing pilot from Star Wars and the Red Baron from Peanuts. This year, Hardy and his pals used umbrellas, cardboard, PVC pipe and more to transform Tommy’s wheelchair into a dragon from Game of Thrones. While Hardy loves the planning and the camaraderie, he really does it to see his son’s face light up as he rolls his costume through the neighborhood. “We love that Tommy is being seen as a little boy with an awesome costume, and not being seen as a little boy in a wheelchair. He is truly a blessing for our family,” says Hardy.

When Amy Sadgrove gave birth to Jack 15 weeks early, friends, relatives and strangers offered the family an outpouring of support and financial assistance via a GoFundMe campaign. But when Jack died about a month later, the Sadgrove family did something truly selfless: They decided to re-direct all the donations to the very same NICU that cared for their son—both to honor his memory and to help other premature babies. In total so far, they’ve raised and donated over $58,000 that’ll help furnish the NICU with state-of-the-art breastfeeding chairs and new breathing equipment, refurbish its parents room, and stock up on simple but important items, like blankets, for the 600 preemies that the department (part of the Royal Hospital for Women in Victoria, Australia) cares for every year.

Baby Bayleigh Nadrowski is deaf, which puts her father Kevin in the unique position of being totally qualified to understand what his daughter’s is going through. He, too, is deaf. But back when he was diagnosed as a 11 months old, his parents weren’t quite as ready for it. “They had no clue what to do with me,” Nadrowski recalls. But where Nadrowski’s parents struggled, he thrives. (He has another daughter, Dakota, who is also deaf.) "I want [them] to know that being deaf doesn’t mean [they] can’t sing or enjoy listening to songs,” Nadrowski says. Earlier this year, Nadrowski began teaching Bayleigh how to sing in sign language and the pair’s rendition of “If You’re Happy and You Know It” was captured on video and shared widely this past winter. “Hearing status doesn’t make you a better person; your humanity does,” he said.

Mother of four, Taniya Marzetta, 36, dropped out of high school when she was 14 years old, and she hadn’t seriously thought about going back and graduating until she saw her daughter clutching her own high school diploma last year. “Me seeing her walk the stage and go all the way through it, I told myself I had to,” Marzetta says. Soon after, Marzetta went to Washington Unified School District to get copies of her transcripts. And because Marzetta’s mom, Yolanda Bryant, never received her high school diploma either, Marzetta convinced her to dig out her transcripts and enroll too. Soon, the pair was back in class, along with Marzetta’s son, Bryan. All three worked hard side-by-side and graduated together. “I cried and I wanted to leave, but I still did it,” says Marzetta. “I never thought I would make it, but I did.” Now all three are looking forward to taking their education further, with Marzetta planning to become a drug and alcohol counselor; Yolanda hoping to get her certified nursing assistant license, and Bryan aiming to play football in college.

Moms Claire and Steph Eden-McIlroy take turns feeding their baby daughter LJ. But unlike most couples where one is on bottle duty and the other on breast duty, these Australian moms share the breastfeeding load. Claire, who gave birth, naturally produces breastmilk, but Steph had to stimulate her supply by way of pumping with a hospital grade pump every two hours, as well as taking the herb fenugreek and the prescription drug Domperidone throughout Claire’s pregnancy. Steph was actually able to hand express some milk as early as 20 weeks. “It’s totally natural and comfortable and something we do every day in our house, and we wanted to raise awareness of same sex couples,” Claire says.