Skin Care Ingredients to Avoid or Limit During Pregnancy

Your skinny jeans and that glass of wine may not be the only things you have to ditch for the next nine months—a few beauty standbys could end up on hold too. Here’s the scoop. 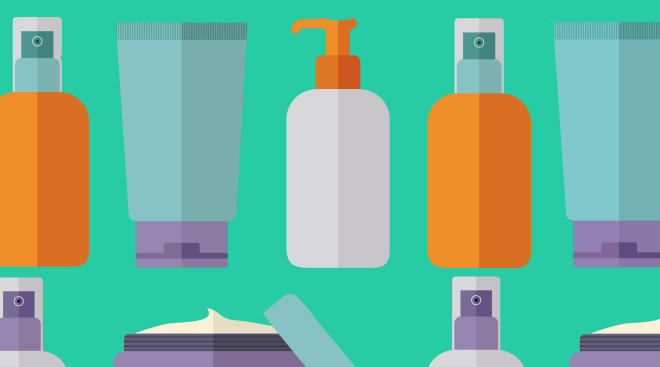 Many women look forward to that mom-to-be glow once they learn they’re having a baby. But the truth is, when it comes to your complexion, pregnancy may produce a mixed bag of conditions, thanks to shifting hormones. Sure, some women are downright radiant—but many end up with dry skin, a greasy sheen or acne flare-ups. Before you try your usual go-to beauty products to resolve those common pregnancy skin problems, read the label: Not all skin care products are deemed safe when you’re expecting, says Carl Thornfeldt, MD, dermatologist and founder of the skin care line Epionce. Here’s what you need to know about four types of ingredients commonly used to treat oily or acne-prone skin.

Isotretinoin, a vitamin A derivative, comes in both oral and topical forms. The oral kind is typically prescribed for severe acne and can cause birth defects of the brain and heart as well as bone abnormalities. It’s the main ingredient in drugs like Claravis, Amnesteen and Sotret, and it used to be in the now-discontinued drug Accutane. Doctors even recommend waiting at least 30 days after stopping these drugs before you try to conceive, and avoiding them while breastfeeding. To be safe, steer clear of ingesting excessive vitamin A (more than 25,000 IU per week) as well.

As for topical retinoids, you’re best off avoiding them too. These are sold as Avage, Differin, Renova, Retin-A, retinols, retinyl palmitate and Tazorac. Although very little of the drug gets absorbed into the skin, a handful of studies do, in fact, suggest a birth-defect link.

Here’s another one to avoid. This antibiotic acne treatment has been shown to cross the placenta, potentially staining baby’s teeth and impairing skeletal growth, explains Jody A. Levine, MD, a New York–based pediatric and adult dermatologist. You also shouldn’t use products with this ingredient if you’re nursing, since it’s excreted into breast milk.

This beta hydroxy acid is often used in products for acne-prone skin. Oral salicylic acid (a derivative of aspirin) has been associated with birth defects and bleeding later in pregnancy in animal studies, Levine says. Versions that you apply on the skin seem to be less harmful: The Food and Drug Administration allows topical over-the-counter acne-fighting treatments to contain salicylic acid concentrations of up to 2 percent—and clinical reviews have deemed these topical salicylic acids low-risk for baby if used only on local areas for a limited time. Still, some dermatologists suggest avoiding salicylic acid in any form, just in case.

When used in limited quantities, benzoyl peroxide—a common ingredient in topical acne treatments—is generally thought to be safe during pregnancy, especially if concentrations stay below 2.5 percent, says Thornfeldt. Still, that safety hasn’t been clearly established: There haven’t been any animal or human studies to date on the use of benzoyl peroxide during pregnancy, but scientists do know that when benzoyl peroxide is applied topically, about 5 percent is absorbed through the skin, at which point it’s quickly metabolized into benzoic acid (found naturally in foods) and excreted through urine. Problem is, “high concentrations can inflame the skin, shifting blood flow away from baby,” Thornfeldt explains—so it’s best to talk to your doctor before trying a treatment containing benzoyl peroxide. 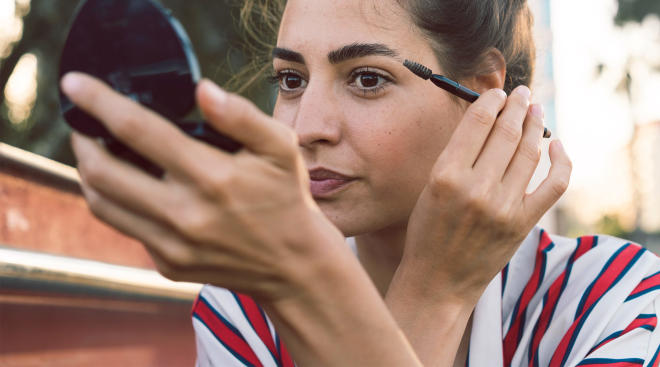 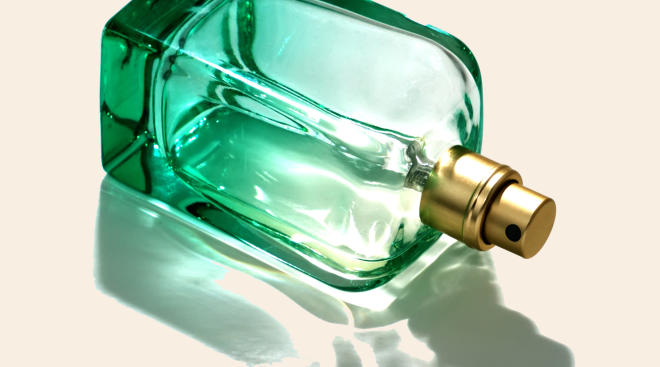 Is Perfume Safe to Use During Pregnancy? 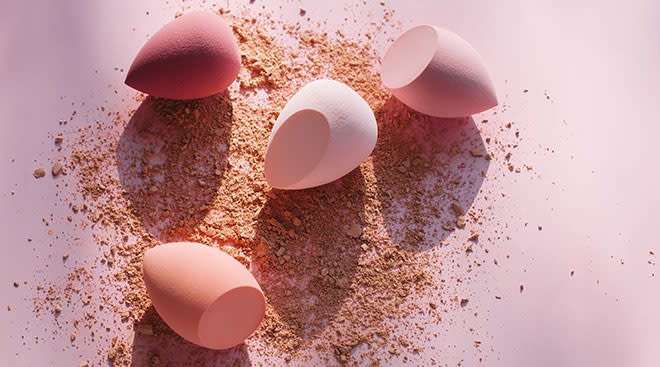 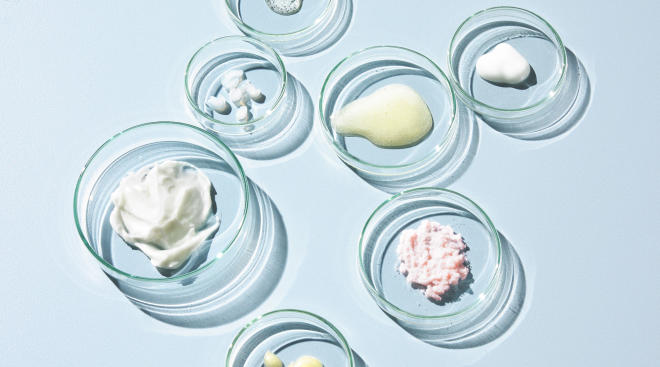 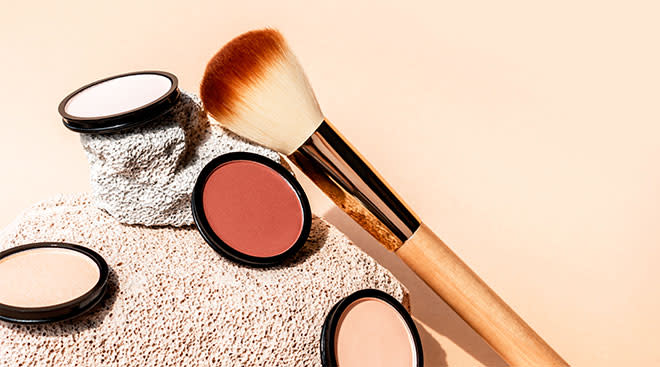 Best Natural Beauty Products to Use During Pregnancy 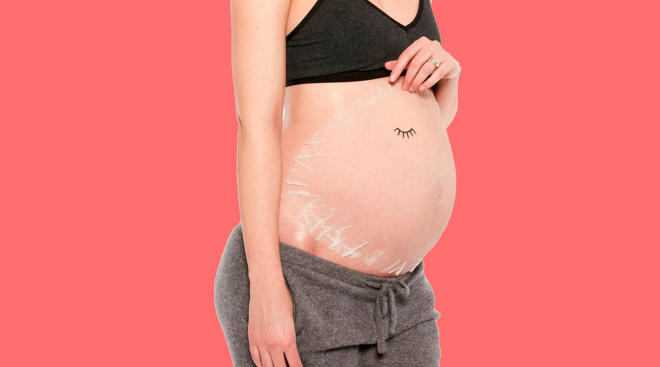 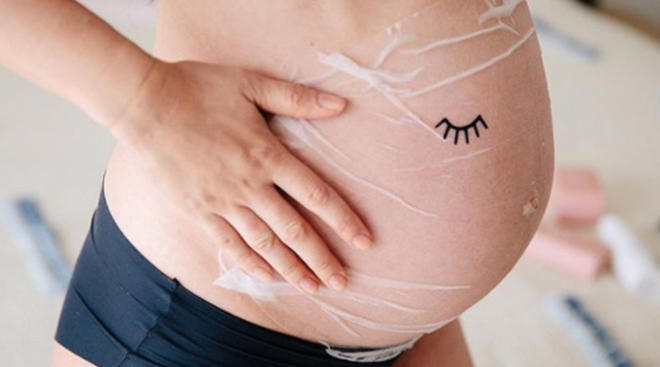 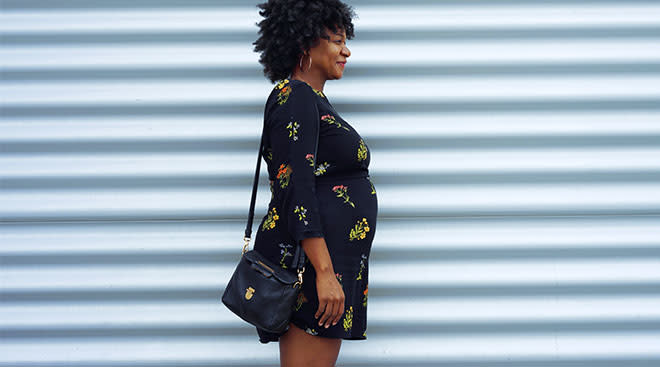 11 Awesome Pregnancy Products You Can’t Do Without 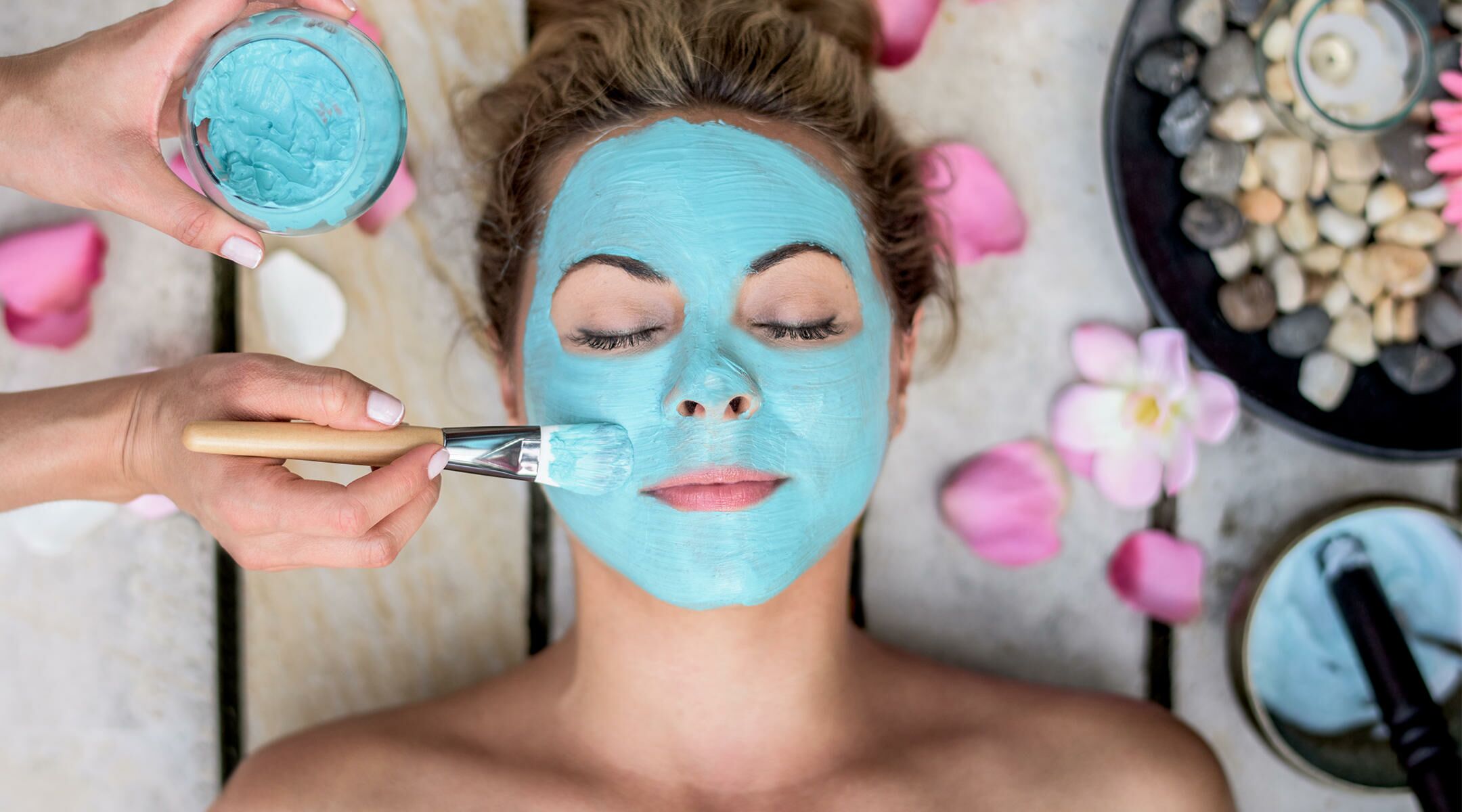 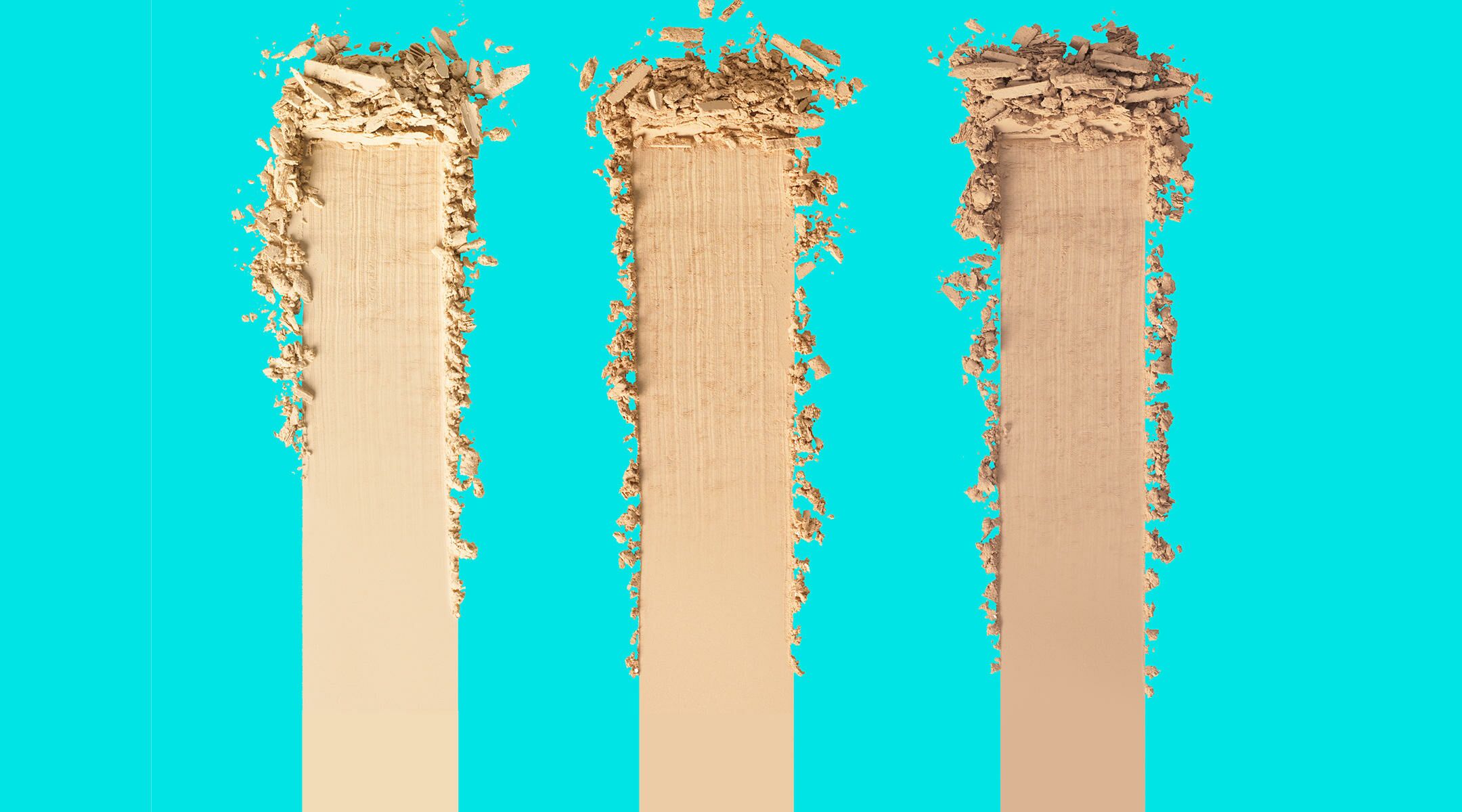 7 Ways Shake Up Your Makeup for Pregnancy 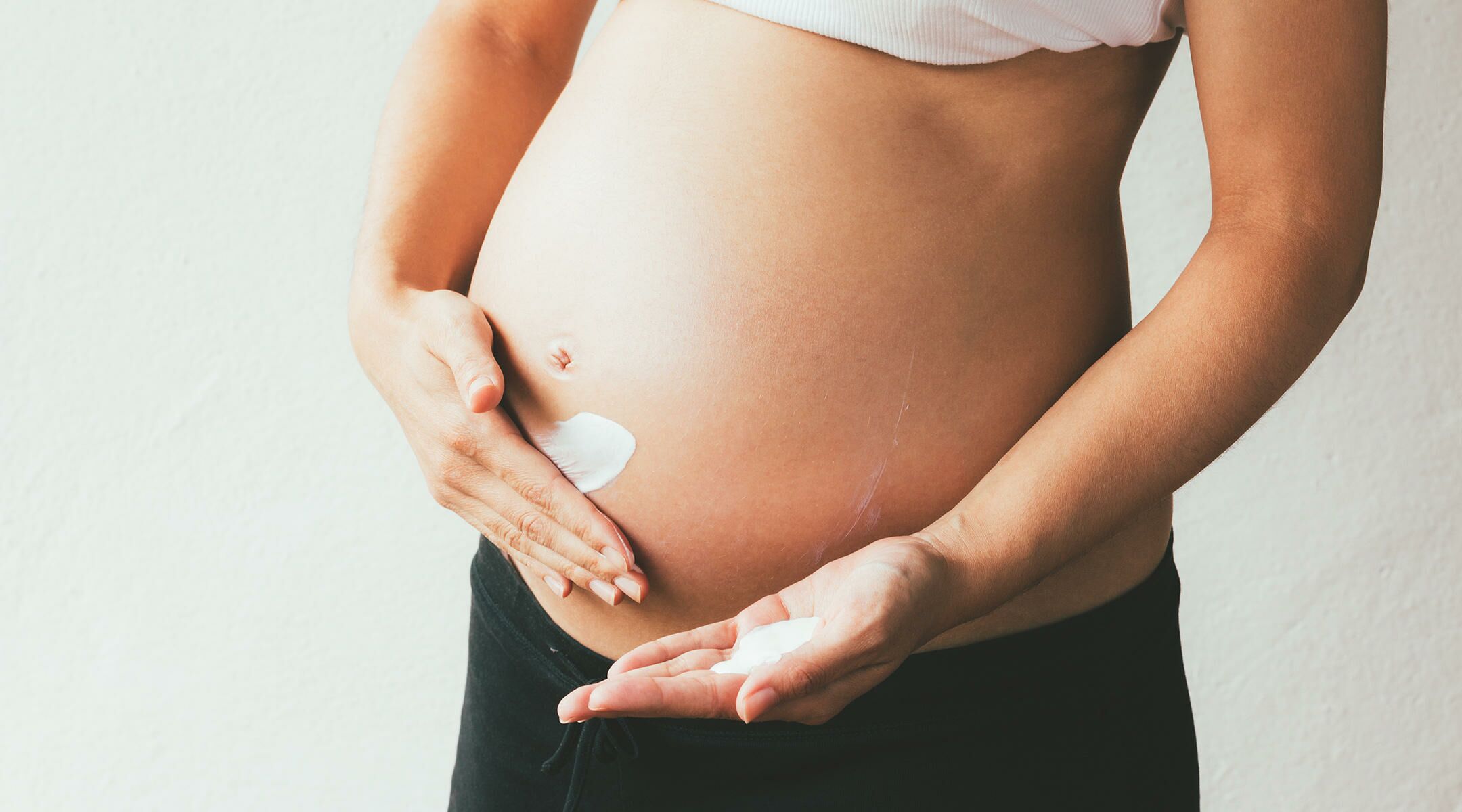 Study Says You Can Put Those Stretch Mark Creams Away

Q&A: Is It Safe to Spray Tan While Pregnant? 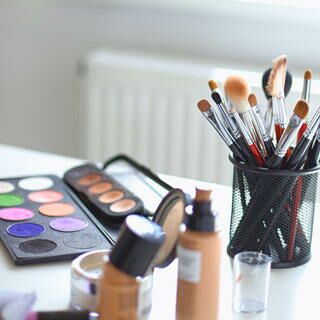 Make Over Your Beauty Routine
Article saved.Go to My Saved Articles
Article removed.