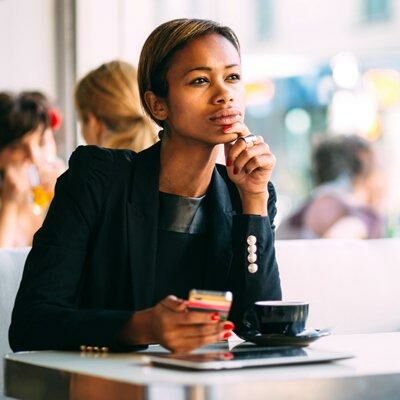 A brand new study led by Helen Rockliff analyzed more than 23 previous studies in order to identify what types of coping strategies, personality traits and social circumstances are available to help couples going through IVF treatments. Turns out, all you really need is a friend.

By taking a look at 23 previous research studies, Rockliff found that at least all of them at explored how at least one psychosocial factor was related to one psychological health outcome, like how social supports, used to help couples cope during the IVF process, can affect a woman’s chances of getting pregnant.

What Rockliff and her colleagues realized what that all of these studies unearthed the fact that there are certain factors that can predict adverse emotional/psychological outcomes during IVF. Things like anxiety, depression and high distress were all defined as “worse” outcomes during and after IVF treatments. The researchers also found that behaviors like self-criticism, dependency, situational appraisals and attachment were linked with adverse outcomes as well.

On the opposite end of that was the fact that social supports , like leaning on a partner, friend and/or family during difficult IVF treatments, was found to be associated with far better emotional outcomes in both women who did get pregnant from IVF and for those who didn’t.

At the completion of her analysis, Rockliff said, “In general, people who are socially connected and who use their social network for support during difficult times are happier and healthier, but it is interesting that this is the case for IVF patients too, because as many patients reveal, usually well after going through it all, infertility and its treatment are incredibly personal and many couples don’t particularly want to tell people about it. It is often the case patients tend to have friends of similar ages, so IVF treatment for one couple can happen around the same time as their friends are discovering the joys of parenthood. All this often adds up to couples feeling socially isolated just when the research tells us social support is needed.”

Social supports play such an important role in the IVF journey that scientists have even started testing their effects, with techniques like the “loving kindness meditation” and “compassion focus imagery.”

Rockliff added that, “Mindfulness, which is another emerging psychological training tool, is often a component of these interventions too. It appears that with practice the average person can learn to generate these positive emotions quite well using only their mind. Better still, it seems that in learning to do this people also get better at tolerating, and so engaging with their more difficult emotions — meaning less need for disengagement and escapism to cope with them.”

As for what comes next, researchers suggest that “mind training” could be a good way to counteract the loss of social supports in IVF patients that aren’t willing to open up to their circles about their experiences. Rockliff says that it could help them build on their psychological resources to help them face difficulties rather than disengage from them.

Do you have a “network” of support you can turn to? Do you think it’s important?