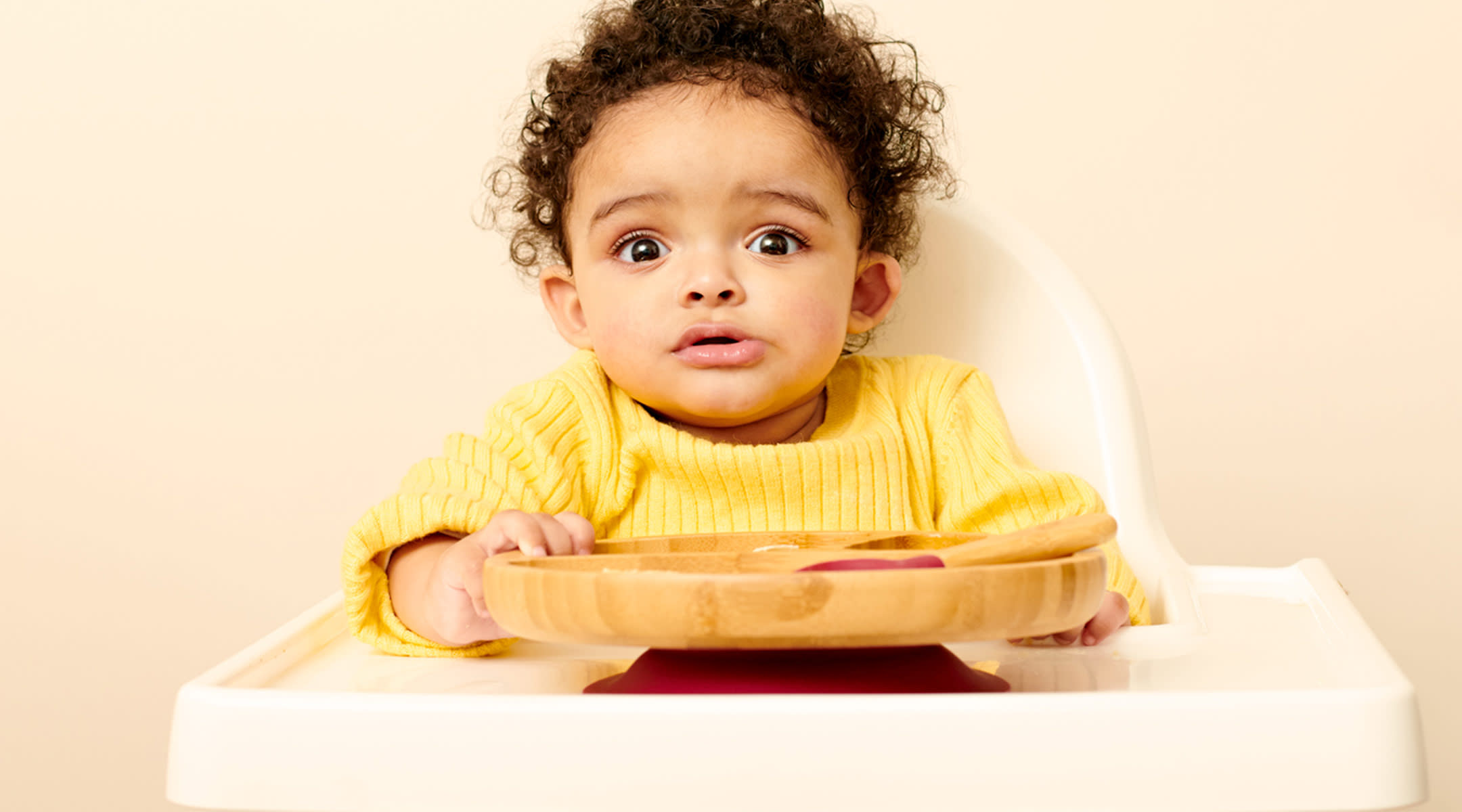 It was the best of times, it was the worst of times. That basically sums up what it’s like introducing baby to solid foods. Since you can’t verbally communicate with each other, introducing solids can be pretty confusing for both you and baby. Don’t worry, we have a workaround.

Alice Fotheringham, infant nutritional specialist and co-founder of UK organic baby food company Piccolo, teamed up with infant psychologist Caspar Addyman to create a go-to guide to help parents relax and read their baby’s facial cues. From squinted noses to pursed lips and gaping mouths, each of baby’s expressions will help you understand what they really think about the newest addition to their diet. Check out their nine faces of weaning so you never have to duck puree being flung at you ever again.

If your little one makes one of these faces, chances are, they’re not liking what they’re sampling. The good news is, it usually takes a few tries to learn to like a new food, so don’t give up hope just yet!

Wrinkled nose: A scrunched up nose signals a mild dislike, which means it’s worth it to try the food again to find out if baby will learn to like the new taste.

Squint: Squinting is another clear sign that baby is not a fan right now.

Lowered brow: A lowered brow could mean one of two things. It may be a cue that baby doesn’t like the new taste, or it could simply mean they’re thrown off by this new food.

When babies are picky eaters, they tend to become kids who are picky eaters and eventually turn into adults who refuse to eat anything green. Avoid this chain reaction by broadening baby’s palate with different flavors from the get-go. A lot of parents misinterpret these expressions for dislike, but many times it’s just a reaction to a new taste.

Sweet and savory: Sweet and savory foods usually go over pretty well with little ones, mostly because breast milk has both of these flavors. Look to the eyes for signs of enjoyment.

Sour: It’s no shocker that tots react to sourness the same way as adults—with pursed lips and a squint. When baby is making this face, don’t force the food. Put it on hold for now and give it another try later on.

Bitter: Your child will respond to a bitter taste with a gaping mouth. It’s natural to think this face is synonymous with dislike, but it takes time for their sensitive palates to get used to bitter tastes, like those in most green vegetables.

When baby has a clear aversion to a certain food, they’ll make it pretty obvious to you. Here are cues to keep on your radar.

Yes: There’s no denying love at first bite. Baby will typically lunge towards the food with an open mouth.

No: The opposite will happen when baby hates something. Now, your little one will pull back from the food you’re trying to feed them. If you made it through the signs of mild dislike and facial cues of new flavors and your kid is giving you this reaction, it may be time to listen to what they’re trying to tell you for now.

Maybe: Babies are super-curious and constantly discovering new things. A look of mild surprise is likely just them trying to figure out this new taste out. Don’t be afraid to keep testing the new food, and trust they’ll let you know when it’s a no-go.

How to Stop Breastfeeding (and Keep Baby Happy)