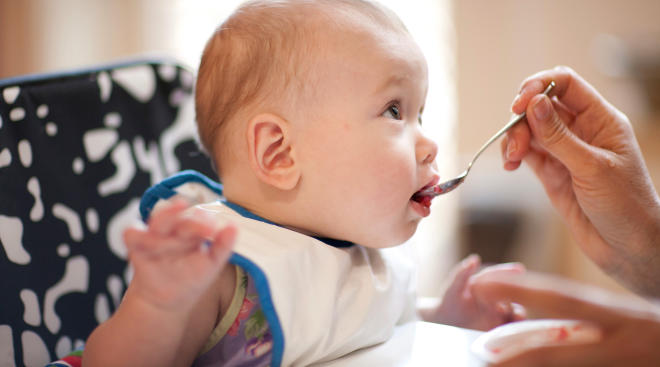 The sweet spot for introducing baby to solids? Right around 6 months, according to the US Centers for Disease Control and Prevention (CDC) and the American Academy of Pediatrics (AAP). Ideally, babies should be exclusively breastfed until then. But how many parents are actually abiding by that official recommendation? Only about a third, according to a CDC study.

The study, published in the Journal of the Academy of Nutrition and Dietetics, is the first to examine complementary foods for a nationally-representative group of US infants. Complementary foods include anything that’s not breast milk or infant formula, like baby food, cereal, juice and cow’s milk. Researchers used data from the National Health and Nutrition Examination Survey (NHANES) to evaluate the food intake of 1,482 children between 6 and 36 months old.

So when are parents introducing those complementary foods?

Knowing when to introduce solids is only half the battle. The other half is knowing what. For some help, check out our solid food starter guide here.