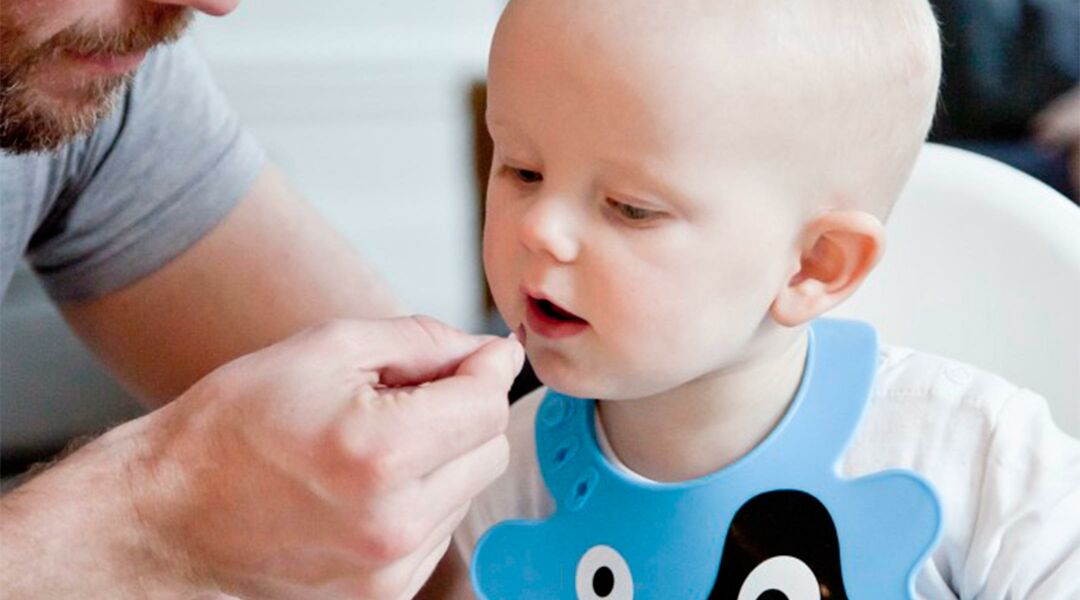 A study published this morning survey over 1300 mothers and from the moms surveyed, the CDC concluded that 40 percent of moms admit to starting baby on solid foods before 4 months old. A startling 9 percent of moms admitted to starting baby on solids as early as 4 weeks after birth. Doctor recommendations advise parents to wait until baby is at the very least 6 months on before introducing solids into his diet.

Research from the American Academy of Pediatrics advised parents against feeding baby solids before turning 4 months old, though last year, the AAP actually raised the age warning, affirming that babies should be fed nothing but breast milk or formula for at least the first 6 months. This is in large part due to the abundance of evidence and research that notes the health benefits of breastfeeding baby.

According to the CDC survey, researchers are suggesting that moms may not be aware of doctor recommendations. Or perhaps they find those recommendations difficult to follow. Within the surveys, moms gave reasons for why they fed baby solids prior to 6 months. Reasons ranged from “my baby is old enough,” to, “my baby seemed hungry,” and also, “I wanted my baby to sleep longer at night.” Researchers also revealed that a common excuse for starting on solids before 6 months was, “a doctor or heath care professional said my baby should begin eating solid food.”

Kelly Scanlon, author of the CDC study, said, “Clearly we need better dissemination of the recommendations on solid food introduction. Health care providers need to provide clear and accurate guidance, and then provide support to help parents carry out those recommended practices.”

Researchers also found key outside influences that led moms to start on solids. They found that poorer women who saw formula as “too expensive” were more likely to start feeding solids too soon. Mothers who were exclusively formula feeding were also more likely to introduce solids early, saying that doctors gave them the okay to start. Scanlon said, “It makes me want to know more about the other advice that those parents were getting on infant feeding.”

Though there appears to be a wide discrepancy between healthcare professions and the CDC and AAP on the safest age to start feeding baby solids, all agree that very little good can come from starting baby on solids before their body is ready. Scanlon advises parents to watch for signals from baby, like sitting up, eating from a fork or spoon and making chewing motions.

When did you start baby on solids?