Forget 'Mama' and 'Dada,' This Baby's First Word Is 'Google' 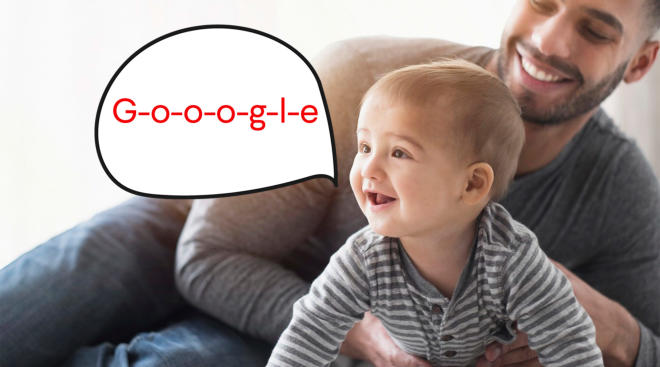 Every parents’ ears are perked waiting for the moment baby finally utters their first word. Of course many hope it’ll be “Mama” or “Dada,” which is typically the case. But the first words baby decides to speak aren’t always that predictable.

After playfully rocking his baby girl around her nursery, the dad figured the two could use a good jam session. He says “Hey Google,” to request the speaker to play a song, but before the Google Assistant can respond, his baby girl chimes in with, “Google!” The hilarious moment was all caught on their Nest video monitor.

“Welp, my baby’s first word is Google,” Chiang says in a tweet which now has more than 12,000 retweets.

Uh-oh! Now that the youngster knows the inner-workings of the speaker, it’s only a matter of time until “Baby Shark” is endlessly being blasted throughout the house.

Although the infant has been receiving a lot of attention from the Internet—with many suggesting Google and Nest donate something to the family—the dad has come up with a better response to all the hoopla. “Thanks for all the dumb Internet attention, everyone. Please donate to children who are not obsessed with getting Google to play “Baby Shark”: unicefusa.org,” he says in a follow-up tweet.

Kids are full of surprises. Check out another baby whose first few words were inspired by the “Batman” theme song.