We can definitely get on board with this.
save article 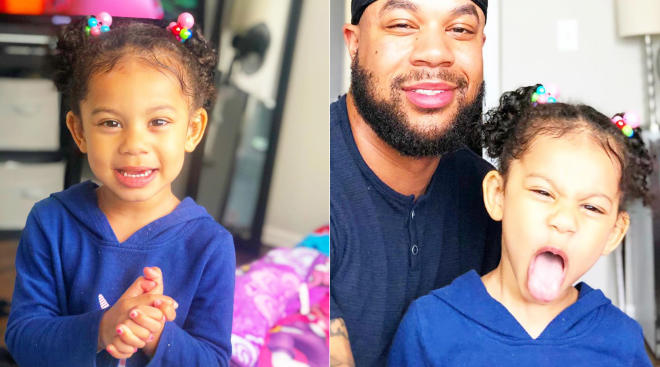 Serena Williams’ husband Alexis Ohanian recently made a PSA on Twitter about why he’s been joining natural hair pages on Facebook. No, it’s not because he wants to give himself a new ‘do, but rather, he wants to nail the art of natural hairstyling so he can help their daughter lock in these looks.

“Just applied to join four private natural hair Facebook groups. I hope they don’t auto-reject my application when they see my profile photo,” he jokes on Twitter. “I told them it was to keep getting better at doing my daughter’s hair.”

Turns out, Ohanian isn’t alone in his endeavors. Fatherhood isn’t what it used to be, and it’s all the better for it. A few years back, it may have been unlikely to see a dad babywearing his child or changing diapers in public restrooms, but those things are no longer out of the norm. Dads who take an active role in all aspects of their kids’ lives are what real men are made of. The#DadsDoHairToo movement has been gaining lots of traction, and we couldn’t love it any more.

Dads who double as hairdressers were the topic of a recent article on TODAY. The fathers showcased in the feature weren’t taking on any ol’ styling—these “dance dads” are learning how to do their kids’ hair, makeup and costumes for the ever-dramatic dance school looks. Jason Patterson, a 360-pound powerlifter who also coaches a football team, hasn’t missed a single dance event since his daughter was three years old. The now 17-year-old girl says her dad has “had my back” through it all. He’s just one of many involved fathers who are more than willing to get a little glitter on their hands.

#DadsDoHairToo is an adorable place to check out on Instagram. The hashtag has captured thousands of pictures of fathers styling their daughters hair into all kinds of unique ‘dos. Take a look at some of our favorites below.