“To develop a good character, it’s important to always be going through something,” the actress says.
Save article
ByNehal Aggarwal
Associate Editor
PublishedMar 2020 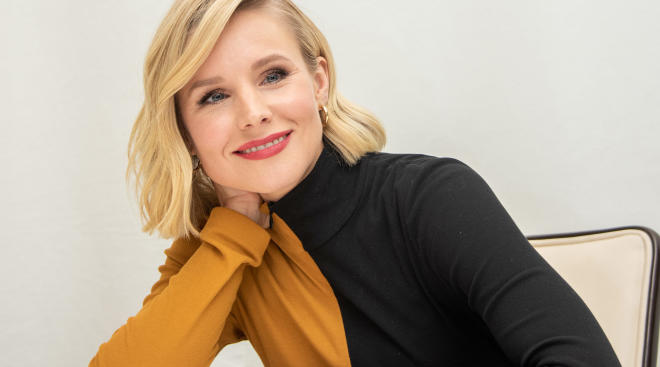 When it comes to siblings, parents and caregivers are likely always trying to grow and nurture their bond—including actress and mom of two Kristen Bell does it too. In fact, it’s the reason she doesn’t let her daughters have separate bedrooms.

It also helps them build a bond—well, sharing a room and ganging up on mommy. “Recently I’ve found a lot of success when I can get my daughters to gang up on me,” Bell continues. “When they treat each other the worst, I have to say something like, ‘Well, I’m just glad you guys aren’t ganging up on me,’ and that gives them this idea of, ‘Ooh, we can be co-conspirators and battle Mom together.’ Because what I care about is that they’re forming a bond.”

Of course, having both kids in the same room can be a challenge when it comes to winding down for bedtime. Bell tag teams the night event with her husband, actor Dax Shepard. “Dax and I always try to put our kids to bed together. We need that man power because they are very strong-willed children and have both of our stubbornness combined,” she says. “They go to bed at 7:30, so we will go into the bedroom at 7:00 and have a Supreme Court debate about whether or not they should brush their teeth.”

She goes on to explain what she likes to call “the four walls technique,” adding, “[It’s] where you have someone come to their own conclusion by asking them a series of questions that leads them to believe it is the right decision. For example, I say, ‘What’s your favorite food?’ [The kids] say, ‘Macaroni and cheese.’ ‘What do you love about it?’ ‘It’s delicious.’ ‘What does it make you feel like?’ ‘Makes me feel full.’ ‘Okay, what do you use to eat macaroni and cheese?’ ‘My teeth.’ ‘Oh, great, so if you didn’t have your teeth, you couldn’t eat macaroni and cheese?’ ‘Yes.’ ‘And do you know how you keep your teeth?’ You lead them to their conclusion.”

Bedtime routines are important to Bell and she’s been getting her daughters used to them since they were “jelly roll babies.” She says, “I would sit in the bathtub with them every night because my doula had recommended I let their brains start to connect that ‘After the dip in the warm water is when I sleep the longest.’ They have to connect patterns—life is about connecting patterns, right? So, as they got older, it became, ‘We brush our teeth, we wash our hands, we put on our jammies, and we read two books.’” (Most recently those have been the Harry Potter audio books.)

But, the actress admits that, like any good parent, some days she’s just too tired. What does she do on those days? “Sometimes I have success by going in the bedroom with them and not saying anything, just sitting down on the bed, and they will reroute themselves,” she says. “Sometimes, if I’ve had a really exhausting day, I’ll look at the clock at 6:30 and tell them that it’s 7:30. They can’t read the clock, and that is just fine with me.”