In Defense of the Crying Toddler: Mom's Take on Temper Tantrums and Why Her Kid Is Not to Blame

Parents are pretty split down the middle on this one.
ByStephanie Grassullo
Associate Editor
PublishedOct 2018 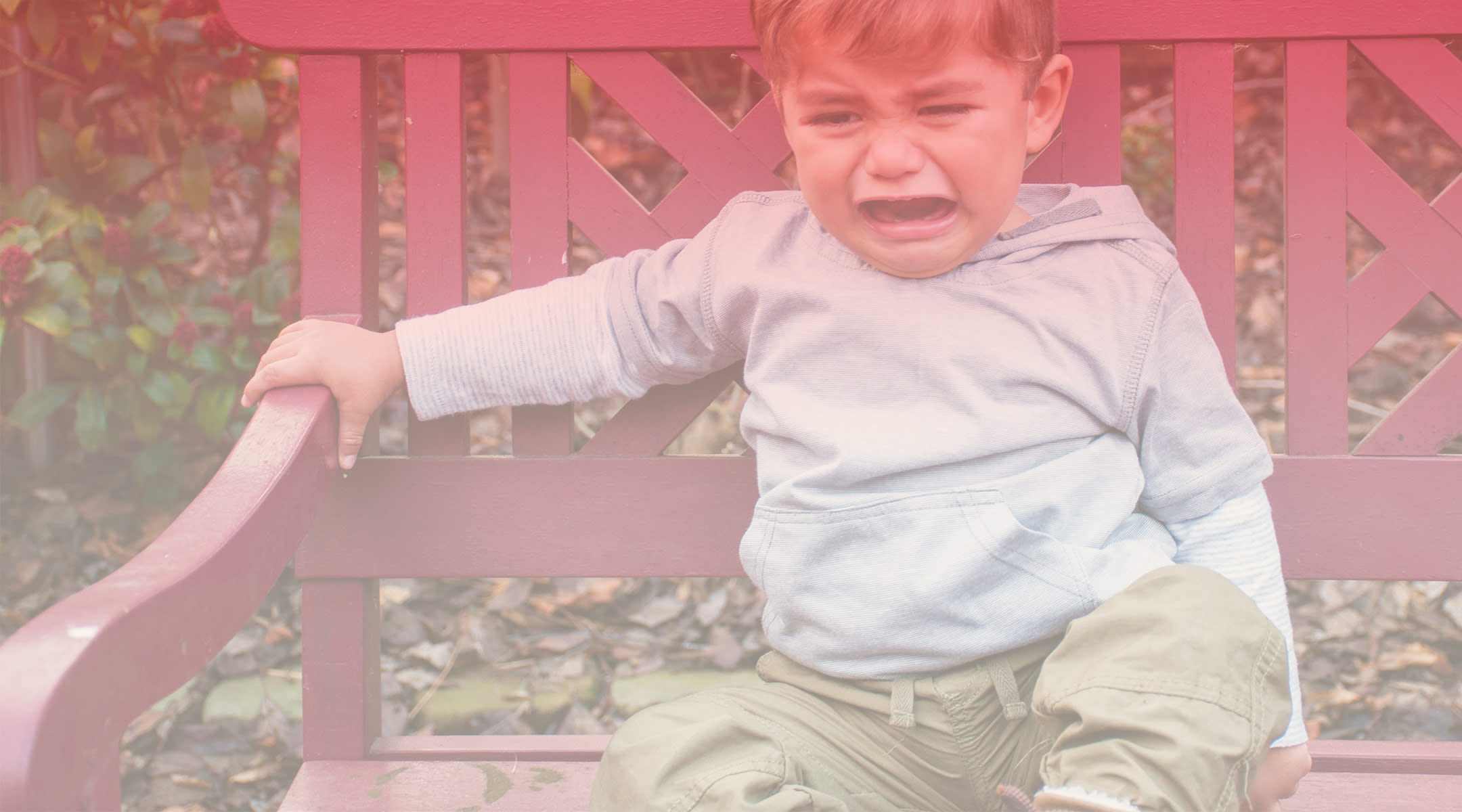 Toddlers and tantrums go hand in hand. Chances are, your kid’s fit will strike at the most inconvenient time and in the most public spaces. It’s a toss-up over what’s worse—your child’s nonstop yelling, or the glares from random bystanders.

Blogger Anneliese Lawton, of the Facebook page Grown Up Glamour, recently spoke out on her approach to handling her toddler’s hysterics. After telling her 2-year-old son, no, he could not have a popsicle for breakfast, he let loose his inner rage. Lawton decided to share this experience parents know all too well with her friends on Facebook.

“My son wanted a popsicle for breakfast this morning. He’s 2 years old. You can imagine the response I got from him when I said no.” she shares. “He dropped to the ground, red-faced. Hands in a fist, pounding the floor beneath him. Tears flowing—a sign his big emotions were overcoming his small frame.”

Sure, similar scenarios have played out for the mama, but like many parents, she has made a few exceptions to the rule.

“It’s not the first time I’ve said no to popsicles… but there’s been times I said yes. A hot summer day. A treat after a meal. Just because I wanted to do something fun for my sweet baby-boy,” she admits.

But this time, her toddler’s crying fit brought on an “epiphany” that helped her get a handle on the situation.

“Tantrums aren’t a sign that a child is awful, difficult, a problem. It’s none of those things,” Lawton says. “Tantrums are a sign a child doesn’t understand.”

The mom says parents should take these moments with a grain of salt, and remember patience is key.

“Let’s hold them and love them when those angry feelings bubble to the surface. Let’s work on our patience while they lose theirs. Because when we think about it, our rules don’t always make sense, especially to a growing mind. Let’s help them learn,” the blogger urges her followers.

Some have taken to the mom’s post to praise her for helping them see the flip-side of their toddler’s tantrum.

One parent agrees, saying “such a great way to think about it! It’s easy to forget that they don’t understand our grown up reasons. They haven’t been around long enough and their little brains are taking so much in, they don’t have time for our grown up nonsense.”

“I love this. I think too often we don’t allow children to just be human, and have human emotions—anger, frustration, anxiety, confusion. We just expect them to go along with what we want without any protests. That’s incredibly hard,” says another.

“It’s hard for them to express how they feel, so they throw a fit, stomp their feet, clutch their fists and sometimes scream and cry. We as the guardians and parents have to take their feelings into consideration,” a parent agrees.

Others, however, beg to differ with Lawton’s approach.

“I get the whole ‘they don’t understand’ thing and to give them a little grace, but a tantrum is not okay. If you teach them at a young age that it’s not okay, they will understand when they get into school that they can’t just throw a fit and get away with it,” one note reads.

“It is hard, but there will be plenty of nos in life, and it’s important for children to learn to accept ‘no’ as a valid answer,” a mom explains. “They need our help to accept it graciously, even though they may not like it. This prepares them for real life.”

“Then you explain it to them. If children get their way by screaming, then they learn that and will continue when [they are] older. They need to understand and respect their parents” says another.

No matter which side you are on, you can brace yourself for your little one’s next episode with these helpful tantrum tactics to keep in your back pocket.