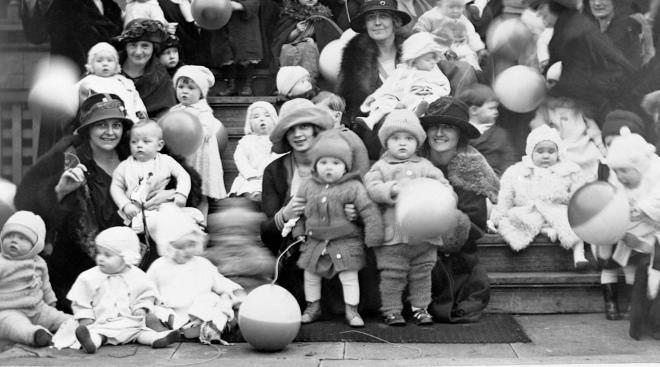 If you’re expecting baby’s arrival this year, you may be searching for the perfect name. While the popular naming website Nameberry released its predictions for the hottest baby names of 2020 back in November, we thought we’d take a look back at the most popular baby names from a century ago—just in case there are any dusty gems worth reviving.

It’s no doubt that 1920 was a monumental year—at the start of the roaring 20s, not only was jazz on the rise, but women gained the right to vote nation-wide. But what about its baby names? According to the Social Security Administration’s (SSA) baby name database, John and Mary were the leading names for boys and girls, respectively. Below, a look at the top 20 names for boys and girls from 1920 and how some of them have changed in rank over the last 100 years.

While John was the leading name in 1920, it’s popularity has steadily been decreasing since, according to the SSA’s database. In 2018, the name John ranked at 27th place. Meanwhile, Jack has seen a resurgence. Though the name ranked 20th in 1920, it saw a big decline—ranking at 179th place in the year 1989. However, it has since been on the rise again and came in at 28th place for 2018’s most popular boys’ names.

Looking for more baby name inspiration? Check out the most popular baby names of the past year and decade, as well as a no-stress guide to baby naming.

The SSA Has Announced the Most Popular Baby Names From 2020

27 Irish Baby Names That Are Cute and Classic

The Most Popular Baby Names Inspired by Book Characters