Gripe water may help ease an uncomfortable baby, but there’s a lot most parents don’t know about it. Read up on it here.
Save article
ByKorin Miller
UpdatedAug 2020 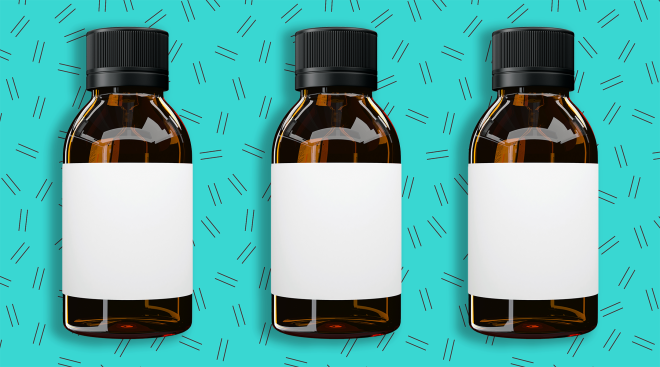 It’s normal for babies to deal with gas and stomach issues, but that doesn’t make it any easier on them—or you. When your little one is uncomfortable, you want to find relief for them, and fast. Many parents will reach for gripe water to help—but what is gripe water, exactly, and what can it do? Here’s what you need to know about using gripe water for babies.

What Is Gripe Water?

Gripe water ingredients vary by brand, but the most common in the US are water and sugar, plus sodium bicarbonate and a botanical mix, such as dill, fennel and ginger, says Patricia Garcia, MD, a pediatrician at Connecticut Children’s Medical Center.

So how does gripe water work? “It’s believed the mixture of sodium bicarbonate with various herbs ultimately settles the stomach and allows for more comfort during a time when a newborn’s digestive system is still immature,” says Ashanti Woods, MD, a pediatrician at Mercy Medical Center in Baltimore.

Garcia agrees. “We know that sugar water is soothing to babies and can help with pain relief. Since sugar is a main ingredient in gripe water, the theory is that the sugar helps soothe pain,” she says. “Sodium bicarbonate (baking soda) is found in some antacids to treat indigestion (for example, Alka Seltzer). …Historically, herbs like ginger, dill and fennel have been used to treat indigestion in many cultures.”

Gripe water for newborns and babies is thought to help relieve stomach discomfort, make it easier for babies to pass gas and possibly battle constipation and encourage bowel movements, and even potentially soothe colic (or excessive crying), Woods says. Some brands also claim their product will help with hiccups, teething and reflux.

Each brand has a different formulation and different dosage, so it’s important to read the label. Some formulations can be given as early as two weeks old, but some require that a baby be at least one month old, Woods says.

Now for the real question: Does gripe water work? To be honest, it’s hard to say. Gripe water hasn’t been extensively researched, but studies that have analyzed it haven’t found much benefit to using it. “There is no evidence to show that gripe water reduces colic,” Garcia says. One study published in the Journal of Clinical & Diagnostic Research had 335 moms answer questions about their gripe water usage, and found that the water didn’t seem to prevent colic.

There is a “possible” link between gripe water and calming babies’ tummy troubles, Fisher says, “but it’s not a strong association.” Still, some people swear by it. “Many parents report significant improvement in symptoms after using gripe water,” Woods says.

Gripe water is considered a dietary supplement, and that means it doesn’t require approval from the Food and Drug Administration (FDA) to be sold in the US. However, the FDA sets regulations on which ingredients can and can’t be in gripe water for babies, which manufacturers are expected to comply with. If the FDA discovers that a company is not in compliance, the agency will take action against them.

Given that gripe water isn’t FDA-regulated, it’s hard to say that every bottle of gripe water on shelves is 100 percent safe. “There have been reports of issues with gripe water being unsafe,” Garcia says, pointing out that one form of gripe water was recalled in early 2019 because a particular ingredient in the water didn’t dissolve properly and posed a choking hazard.

But gripe water for newborns and babies continues to be a popular product. In general, formulations that are alcohol-free and sucrose-free are thought to be safe, Woods says. Those that contain charcoal, however, could cause constipation, he says.

Gripe water side effects are not common, but in rare circumstances babies under one month may experience vomiting, Fisher says. If that happens, give your child’s doctor a call. Generally speaking, you should avoid giving baby large quantities of any medicine, including gripe water. “While there are very few commonly reported side effects, infants can get used to a sweet taste and may temporarily reject breastmilk or formula,” Woods cautions. Before trying any gripe water for your infant, it’s a good idea to consult baby’s pediatrician.

Had the chat with your pediatrician and are interested in trying gripe water for baby? Here are a few options to check out.

Billed as “everything they need. Nothing they don’t,” Little Remedies gripe water for newborns is designed to relieve stomach discomfort from gas, colic and hiccups. It contains water, agave, ginger, potassium sorbate, citric acid and xanthan gum.

This gripe water for newborns 2 weeks and older is free of dyes, alcohol and parabens, and is said to help soothe nausea and discomfort caused by gas, hiccups or colic. The water contains vegetable glycerin, citrus bioflavonoid extract, citric acid, sodium bicarbonate, fennel and potassium sorbate.

Free from alcohol and preservatives, this gripe water for babies 1 month and up promises to help promote “peaceful sleep” for baby. It’s preservative-free and consists of water, agave nectar, lemon juice, glycerin and sodium bicarbonate.

Zarbee’s gripe water for infants 2 weeks and older contains no artificial flavors, dyes, drugs, alcohol or gluten. It’s made with water and agave syrup and infused with ginger, chamomile, fennel and lemon balm.

Buy it: starting at $8, Amazon.com

Please note: The Bump and the materials and information it contains are not intended to, and do not constitute, medical or other health advice or diagnosis and should not be used as such. You should always consult with a qualified physician or health professional about your specific circumstances. This post contains affiliate links, some of which may be sponsored by paying vendors.

How to Prevent and Relieve Baby Constipation