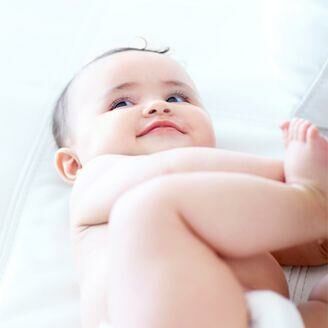 The latest analysis from a cohort formed to anaylze the effects of breastfeeding on baby’s health found that breastfeeding baby at and after two years old will help reduce his risk of obesity when he’s 20 years old. Pretty awesome, huh?

Led by Marie Françoise Rolland-Cacher and her colleagues at the Nutritional Epidemiology Research Team (EREN), researchers studied the relationship between breastfeeding and the risk of excess weight in adulthood by analyzing baby’s diet at 10 months and at 2 years as part of the ELANCE cohort.

ELANCE began with children in good health, born in 1984 and 1985, who were recruited to the Child Health Assessment Centers. Information on these children were collected at 10 months and 2 age and included information on their nutritional intake. The babies were also assessed every two years until the age of 20. Then, at 20 years, height, weight and body composition measurements were taken. The results, published in The Journal of Pediatrics, found breastfeeding baby until the age of two was linked with a lower obesity risk. Rolland-Cachera said, “Our study has therefore shown, for the first time, that if we take account of diet after the period of breastfeeding, the protective role of breast milk over the risk of obesity is clearly apparent.”

Do you think breastfeeding baby influences his weight gain later in life?