Moms, Are You 'Gatekeeping' Your Partner When It Comes to Raising Baby? 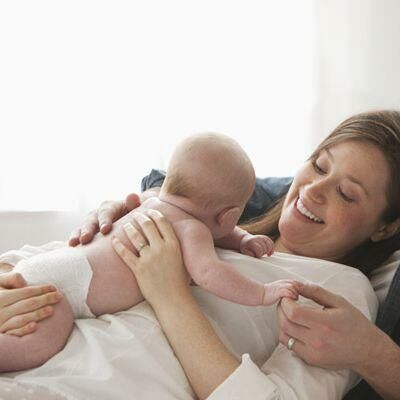 Mother knows best. Or you’d like to think so. But could your maternal instincts be jeopardizing your relationship?

A new study from Ohio State University found that mothers take a close look at their relationship with their husband or partner as they begin to raise children. Specifically, the study found moms limit the father’s involvement when they think their relationship is unstable, or when they doubt dad’s parenting capabilities.

“New mothers are looking at their partner and thinking, ‘Is he going to be here for the long haul? Does he know what he is doing with children?’” says study co-author Sarah Schoppe-Sullivan.

There’s a term for this behavior: maternal gatekeeping. Find yourself criticizing your partner, redoing tasks he’s already done, or taking charge of parental decisions? You might be “closing the gate.” On the other hand, asking for his opinion or arranging activities for him and the kids are examples of “opening the gate.”

Sounds pretty obvious. But researchers were surprised by one finding in particular: Moms who held traditional gender attitudes (like “mothers are instinctively better caretakers than fathers”) were not more likely to practice gatekeeping. Neither were women who indicated religion was especially important to them.

So what type of women are more prone to closing the gate? After talking to women during during their third trimesters and again three months after baby was born, Schoppe-Sullivan explains two groups stood out — confident women who consider themselves perfectionists, and those who had considered divorce or separation at some point during their pregnancy.

Is gatekeeping a bad thing? Not necessarily, as Schoppe-Sullivan points out. “If the mother has bad feelings about the father’s ability or desire to take care of the child, it may be accurate. It may make sense to put up some barriers.”

Still, the aim of this New Parents Project is to break down barriers to gender equality.

“There’s this societal belief that new mothers have a natural instinct to be a parent, even though they don’t have any more experience than new fathers,” Schoppe-Sullivan says. “So mothers who are particularly confident are in the position of being seen as the expert parent, while fathers are left to be the apprentice.”

The researcher’s advice? Keep in mind most things in parenting don’t have to be done in any particular way. Cut dad a break and let him in on as much information and training as possible — he’s new at this too.

What TikTok’s “Scrunchy Moms” Want You to Know
ADVERTISEMENT