Parents have been using homeopathic remedies for hundreds of years to help soothe their baby’s teething pain. But are homeopathic teething tablets the right option?
Save article
ByCelia Shatzman
Contributing Writer
UpdatedNov 2017 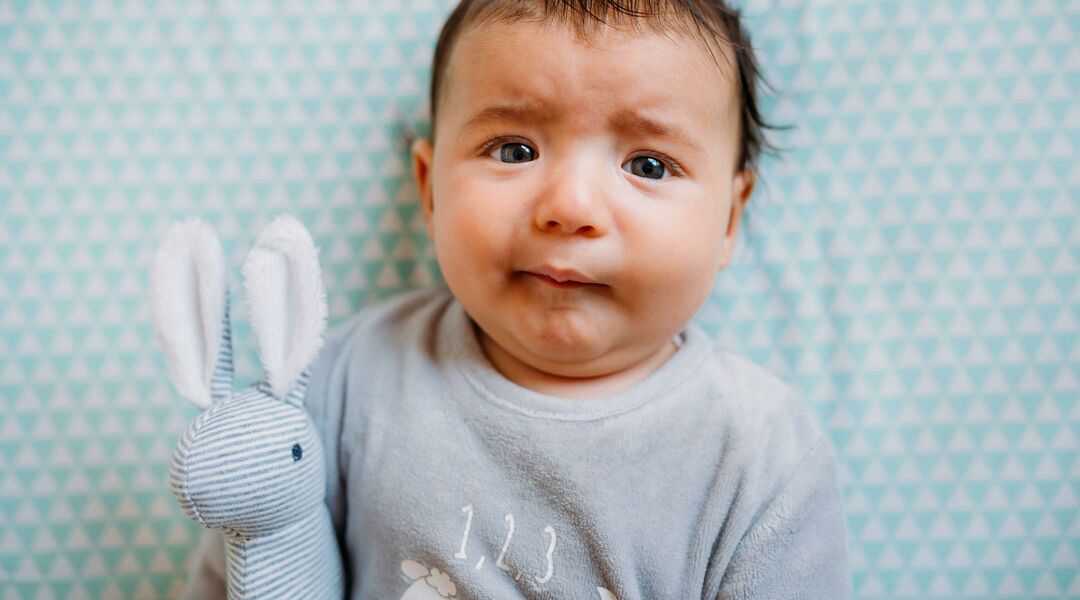 As every parent knows, few things are more excruciating than seeing your child in pain. It’s not surprising, then, that once teething starts, parents instinctively reach for something—anything—that appears to safely bring baby back to his giggly, gurgly self again. Which is precisely why homeopathic teething tablets, as fringe-y as they may seem, have attracted many a frazzled parent, or at least sparked their curiosity. But they may not be as safe as they seem. Here’s what you need to know before you click “buy.”

What Are Teething Tablets?

Teething tablets are a homeopathic treatment for teething pain. They’re typically in the form of quick-dissolving pellets, which you place under baby’s tongue or mix into milk or water; and they promise “fast relief” on the package.

You’ll find a range of natural herbal ingredients in teething tablets, depending on the brand. For instance, “there’s chamomilla [chamomile], which helps with irritability, and sometimes coffea cruda extract [coffee seed] to help children who are not sleeping well,” says S. Daniel Ganjian, MD, a pediatrician at Providence Saint John’s Health Center in Santa Monica, California. He sees parents gravitating toward homeopathic teething tablets because they think the products will help calm their kid. And because homeopathic remedies are made from plants and minerals, eco-minded moms feel better about reaching for teething tablets, as opposed to Tylenol or Advil. After all, “women have dealt with teething babies for thousands and thousands of years, and people are really looking to go back to nature to help dull pain,” says Sara-Chana Silverstein, IBCLC, a homeopath working in pediatric clinics in New York City and Los Angeles. “Homeopathy is one of the tools that’s out there.”

The Food and Drug Administration (FDA) regulates homeopathic remedies, but it doesn’t evaluate them to make sure they’re effective or safe. This means that while the FDA will blow the whistle on products that raise red flags, as it did with Hyland’s teething tablets in early 2017 (more on that later), it won’t stop a manufacturer from putting dud or dangerous products on shelves, simply because these products aren’t tested—and no one’s the wiser unless someone files a complaint.

Worse, the medical research on teething tablets and the ingredients in them is pretty slim. Preliminary studies suggest that chamomile itself may help anxiety disorders and chamomile-containing kid formulas for tummy issues and colic may be beneficial, but not much has been explored in terms of its effect on pain or its use in teething tablets.

As a result, many pediatricians don’t recommend them. If you’re considering giving medication or a supplement to a young child, “you should be sure that it’s being made in a safe facility that’s held to certain standards,” says Leora Mogilner, MD, assistant professor of pediatrics at Icahn School of Medicine at Mount Sinai in New York City. “You should know what’s inside it, what exactly goes into it and the quantity of it. That goes for any medicine people take but particularly with young infants.”

Are Teething Tablets Safe for Baby?

While, as Silverstein points out, a professional homeopath knows what herbs to use with which patients and how to dose them accordingly, the typical desperate mom and dad using teething tablets do not. When products aren’t tested by a regulatory agent, you take a risk.

Sadly, that’s how a major manufacturer of teething tablets, Hyland’s, ended up making headlines earlier this year. Because its teething product may have been related to adverse reactions and the deaths of 10 children, it was subsequently recalled and pulled from stores. Besides chamomile and coffee seed, the product contained (as stated on the ingredients label) belladonna, aka deadly nightshade—a plant with leaves and berries that have been used as both a medicine and poison throughout history. It turns out, “in some cases, the amount of these ingredients far exceeded the specifications on the product label,” says Jonas Sickler, director of operations for ConsumerSafety.org, a watchdog organization for consumers. “The inconsistency between brands, lots and even individual tablets can vary significantly. While belladonna has many medical applications, it’s also toxic and should not be taken orally. The list of side effects is very long.”

As Janet Woodcock, MD, director of the FDA’s Center for Drug Evaluation and Research, said in a 2017 statement about the teething tablets: “The body’s response to belladonna in children under 2 years of age is unpredictable and puts them at unnecessary risk.”

While Ganjian does sometimes recommend certain homeopathic remedies for other ailments, he suggests staying away from teething tablets. “With tablets, it’s hard to say which are the safe ones,” he says. “The ones taken off the market were from a well-known company; if [even] they were taken off the market, I don’t know if you can trust others.” He also adds: “I wouldn’t use medicated gels either, since those also have side effects and we don’t want to affect the child’s heart.”

Side Effects of Teething Tablets

Because homeopathic treatments should be greatly diluted, there should be no side effects. But should is the key word. Without FDA evaluation, you’re putting your trust in the manufacture.

While not all teething tablets were recalled (and Hyland’s points out that the amounts of belladonna are miniscule, despite agreeing to the recall), it’s best to err on the safe side. If you have any sort of teething tablets in your medicine cabinet, experts say to throw them away. If you have Hyland’s specifically, check out its site about getting a refund. Call for medical help immediately if you notice that your child has difficulty breathing, muscle weakness, skin flushing or seizure and also if she seems especially agitated.

Otherwise, take heart in knowing that, like many things in babyhood, teething is temporary, and, in the meantime, there are plenty of other ways to help children with teething, Ganjian says—including teething toys (chill them in the fridge first for extra relief) and cool washcloths.