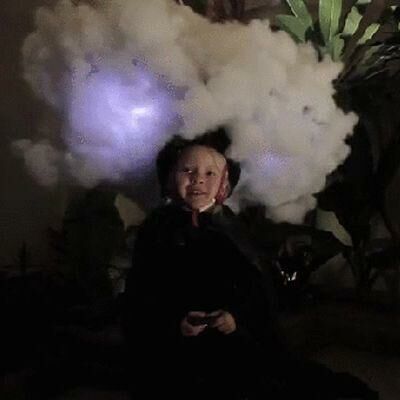 There are many different levels of crafting. And we’re NOT trying to put down the pumpkin suit you made (or bought) for baby. But this dad really knocked Halloween out of the park. The craziest part? The elaborate El Niño costume Royce Hutain made for his daughter Zoey isn’t even her trick-or-treating costume.

Complete with 98 LED lights, this cloud costume sits on a helmet, flashes with lightening and even rains at Zoey’s command. A switch connected to a water bottle in her backpack brings on the storm.

Unfortunately, this storm system was a little too heavy for Zoey to support on her neck for an extended period of time. But that’s not a problem; her real Halloween costume is a glowing LED Elsa dress from Frozen.

Does this feel a little out of your DIY wheelhouse? Don’t feel bad; Hutain is the same guy who created the hilarious stickman LED costume last year, now better known as Glowy Zoey. Before that, he made LED stickman suits for snowboarders. 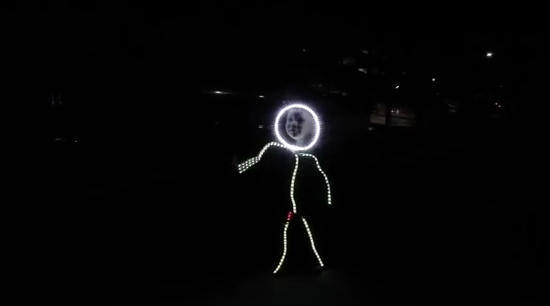 Check out the El Niño costume in action below. And if you have more last-minute Halloween costume needs for baby, we have you covered with some adorable store-bought options.