Top Baby Names of the Decade

From Joshua to Emma, we've got the inside scoop on the baby names that ruled the 2000's. 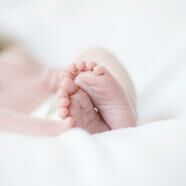 The results are in: According to the Social Security Administration, the most popular names of 2009 were—drum roll, please—Jacob and Isabella. Yep, looks like Twilight fever has hit the baby name scene hard. We have to hand it to Jacob, though, who’s been going strong for the last 10 years — long before we were all besieged by shirtless Taylor Lautner pics. As for Isabella, she’s been hanging out among the favorites for years now herself, though it took awhile to finally nab the top spot (no doubt with some help from Bella Swan).

Now that the '09 numbers are in, we decided to take a look at the top 10 baby names from the last 10 years. Check out our roundup of the most popular names of the decade and see if your faves made the list.

When it comes to boy names, looks like parents stuck to the old standards for much of the 2000s, giving their boys names like Michael, Joshua, and William. And despite a brief spike in popularity with the whole Jayden, Aiden, Braden craze (thanks, Britney), Mom and Dad seemed to get over the -aiden fad pretty fast. Here’s the rundown on the top 10 contenders:

While Isabella may have trumped the competition this year, looks like Emily remains the decade’s undisputed champ. Running a close second is Madison, which has held its ground in the top 5 for the last 10 years but never quite made its way to the #1 spot. Check out the rest of the line-up: