Study: ‘Baby Shark’ May Help Dads Bond With Their Kids

This may be the silver lining to your kid’s fixation with the song.
save article 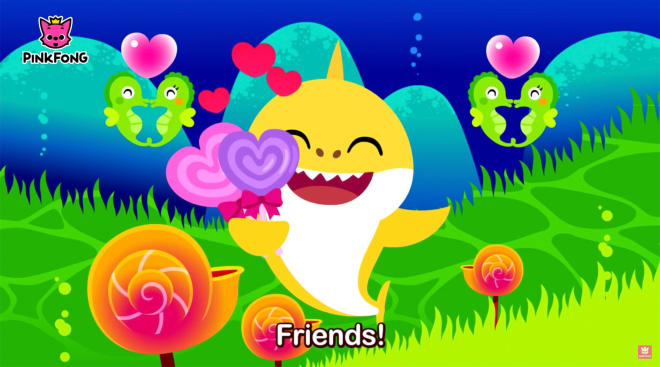 Ninety-six percent of dads say they listen to music with their kids at least once a week, and the power of music is undeniable. Nearly 80 percent of fathers surveyed say listening to music with their kiddos makes them feel happier, and 61 percent think it builds a stronger connection. Half of fathers with kids who are under 5 years old use music as an activity with their youngster every single day. The best part is, it’s a pastime that carries out long after the preschool years. More than one in three dads still listen to music when their children are teens. Check out the top 10 songs that call for a jam session with your kids.

Most Popular Songs Dads are Listening to with Kids

Another benefit to dance parties with your family? It could be a sneaky way to get your littles into music you like. A previous study found the best time for parents to influence their children’s taste in music is before they turn 10 years old. Better get to work!