The 21-year-old has her sights set on the baby space next.
ByStephanie Grassullo
Associate Editor
PublishedMay 2019 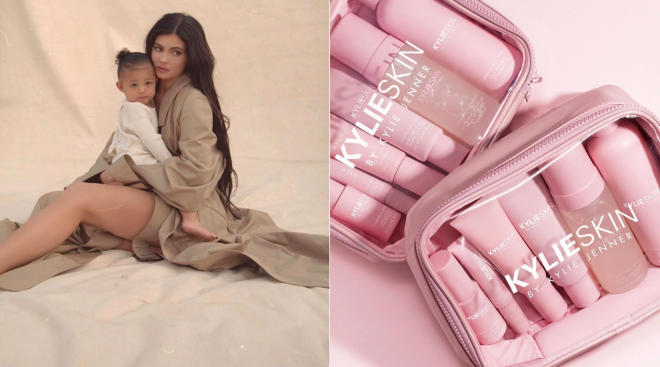 Kylie Jenner is keeping herself busy. Last week, the 21-year-old announced her latest venture—the launch of a new skincare line, Kylie Skin. By the looks of it, she shows no sign of slowing down. Jenner reportedly has her sights set on all things baby, and plans on expanding her empire into the baby space next, according to a TMZ report.

The speculation comes after Jenner filed for the trademarks of “Kylie Baby.” The line is expected to be a go-to destination for every new parents’ needs, including cribs, bouncers, changing tables, walkers, blankets, onesies and linens, as well as baby skincare products like lotions and creams. There’s also talk the youngest in the Kardashian/Jenner clan will introduce strollers and car seats for parents on the go.

The move into the baby biz comes after Jenner became a mom to Stormi, 1, last year with rapper Travis Scott. Currently, there’s no word on when the line will drop, or what the expected price point will be.

Find Out Multipurpose Uses for These Everyday Baby Essentials

The 2019 Best of Baby Award Winner for Top Swaddle

The 2019 Best of Baby Award Winner for Top Travel System

The 2019 Best of Baby Award Winner for Top Booster Seat

Bumpie Tip of the Week: the Best Place to Put Your Crib

4 Brands That Go Above and Beyond for Parents And Kids

Quiz: Which Stroller Is Right for You

10 Best Baby Swings to Soothe Your Little One