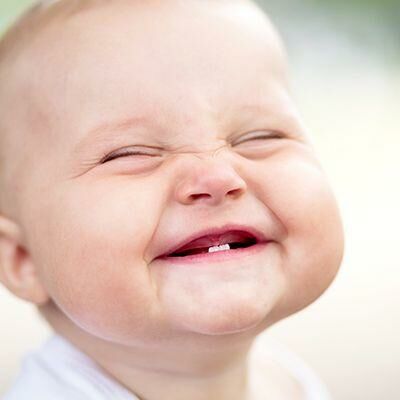 A new report from the American Academy of Pediatrics says to bring on the fluoride toothpaste as soon as baby’s teeth start to come in. This comes in response to the fact that dental caries, or tooth decay, is the most common chronic disease in US children, especially among poor and minority populations.

Last year, the American Dental Association made this same recommendation, but it is only now being approved by the AAP.

Parents are advised to use a smear (the size of a grain of rice) of toothpaste until children reach age three. By age three, they can move on to a pea-sized amount. They should always supervise and help young children with brushing.

Toothpaste used to be deemed off-limits to babies under two, since the extra fluoride was considered dangerous when combined with fluoride already in tap water. Fluoride rinses are still not recommended until after age six, when children are less likely to swallow them.

Have you been using toothpaste on babies new teeth?