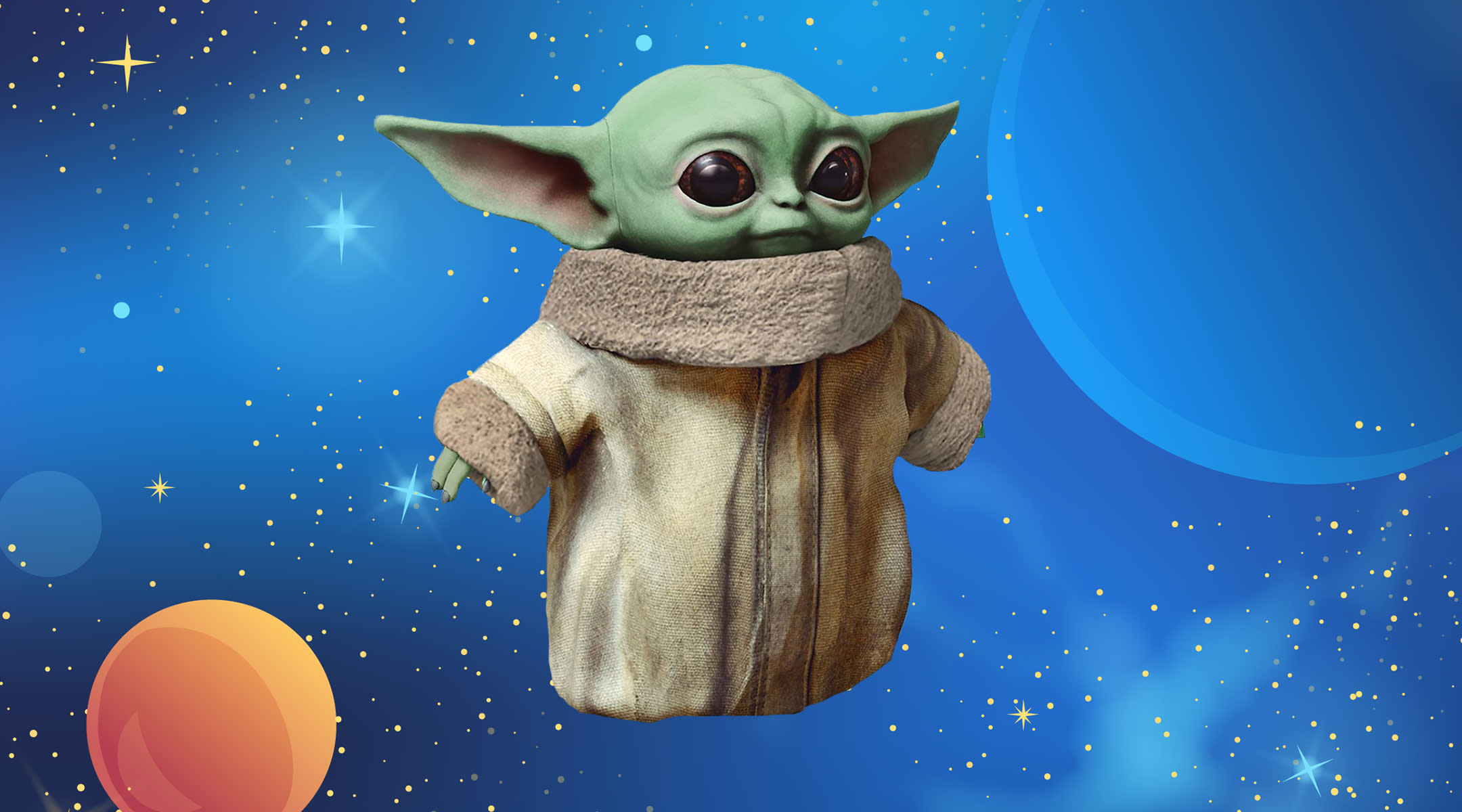 Baby Yoda has taken the internet by a storm, and people are here for it. The character is trending as one of the top memes across social media. Even celebrities are getting in on the fun. Actress Laura Dern sent the internet into a frenzy earlier this week after claiming to see Baby Yoda at a basketball game. But now, you don’t have to just watch Baby Yoda on the big screen—you can bring him home with you.

A Baby Yoda plush toy, made by Mattel, is available on ShopDisney.com for $25. According to the product’s details page, he’ll even come “in special packaging resembling the crib as seen in the show.” While the toy isn’t suitable for babies, it could make an adorable gift for older toddlers and preschoolers. The only downside? Baby Yoda is only available for pre-order right now and will not ship until April 2020.

If you haven’t already hopped on the Disney Plus wagon, you may be confused as to who Baby Yoda is and why he’s become the new meme favorite following Thanksgiving. He’s actually a character from a new show on the streaming service titled The Mandalorian. In the Star Wars spin-off series, his character is actually called “The Child,” and he isn’t actually Yoda, but, rather, most probably, a baby belonging to the same species as Yoda. But Star War fans have been quick to nickname him Baby Yoda, anyway.

While Mattel’s Baby Yoda toy won’t be available for another few months Disney does currently have other Baby Yoda merch options, including t-shirts and tote bags, for sale.

According to the show’s creator, Jon Favreau, the one disadvantage to having kept the character a secret until the show aired is the lack of merchandise. He told The Hollywood Reporter, "I think that part of what people really value is to be surprised and delighted, and I think that’s becoming all too rare,” continuing, “It’s very difficult to keep secrets about projects you’re working on. By holding back on that one product, we knew that we may have had the disadvantage of not having toys available day and date, but what we got in exchange was an excitement surrounding the character, because everybody felt like they discovered him together.”

Here for the Baby Yoda frenzy, we are.