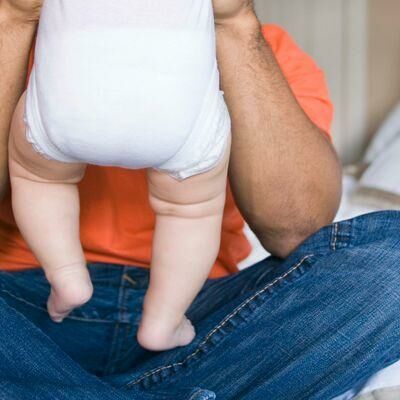 Huggies plans to update its advertising campaign after it angered some dads. The campaign was called “Dad Test” and it promised that the diapers were durable and easy enough to use for clueless dads. According to The Washington Post, dad bloggers complained to the company and one dad even launched a petition called, “We’re Dads, Huggies. Not Dummies.” It had more than a thousand signatures.

The revamped ads have new images of confident fathers carrying their babies, instead of showing struggling dads. The company said it was never their intention to promote the stereotype of dumb dads, but it was aimed at showing real-life situations. Huggies even sent representatives to the Dad 2.0 Summit in Austin, Texas last weekend to talk to dad bloggers and apologize for the mistake.

Did you see the original ads? How involved is your partner in caring for your baby? Was he offended by the campaign?