The Most Popular Flower Baby Names of the Past Century

While the trends may change, flower names have been around forever.
save article 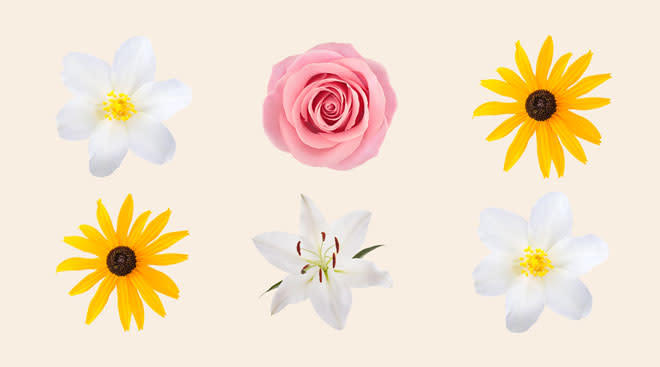 If you’re still figuring out what you want to name baby, you may consider naming them after a flower. While the trends may change from time to time, flower names have been around for decades.

A recent survey by Spring Hill Nursery, which has been in the gardening and flower business for 172 years, put together a list of 200 flower names and then analyzed their popularity using the Social Security Administration’s records of popular baby names over the last century. The report found the number of times each flower name was in the top 1,000 most popular baby names in the US, what year it was on the list and what position the name held within the top 1,000.

The report found some clear trends for most popular flower names starting in 1900 and noted that Rose, Susan, Heather, Jasmine and Lily all had long runs when it came to popularity. Here’s what they found:

Some of the more surprising flower names that made the top 1,000 list? Carmel and Briar. Meanwhile, some have consistently made the list since 1900, including Cynthia, Iris, Rosa, Rose, Rosemary and Veronica. Some newcomers have also been making a name for themselves, including Erica, which has only shown up 73 times since 1900, but has been ranked the highest on average since it first appeared.

Rose, on the other hand, held the most popular title for 40 years, but has an average ranking of 820 out of 1000. (Its highest ranking was in 1911 and 1913 when it came out as the 11th most popular name in America). While the popularity of the name has declined, the report found it still regularly shows up in the top 1,000.

The report also looked at Google Trends to see which flower name was most popular by location. They again looked at data from 1900 and found the name that was most searched in each state. Here’s what they found: 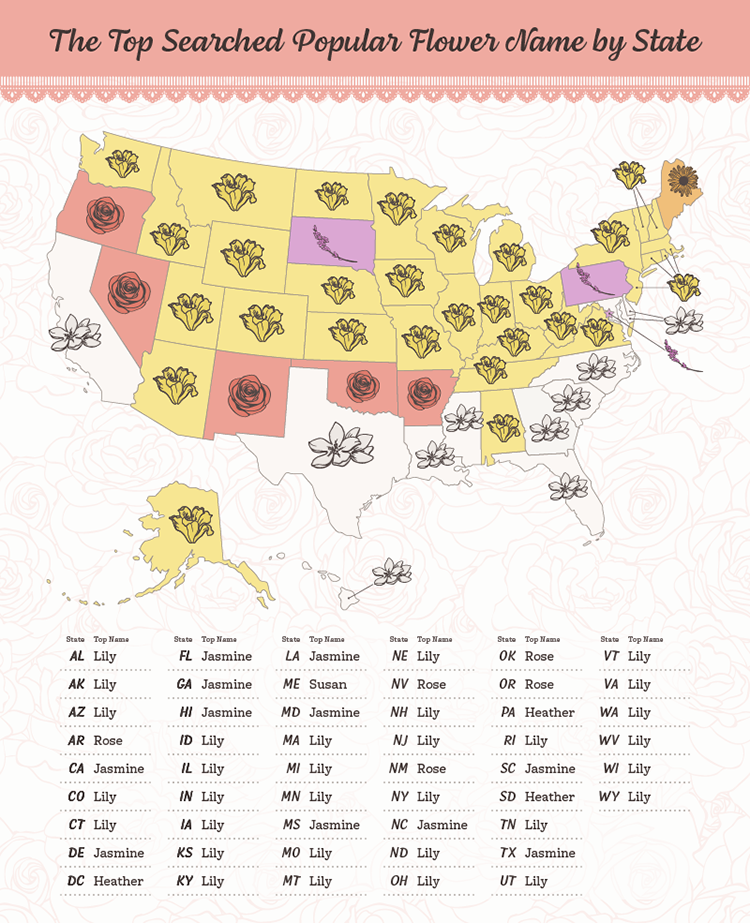 To learn more about the report and its findings, check out SpringHillNursery.com. If you’re looking for more flower baby names inspiration, The Bump has you covered.