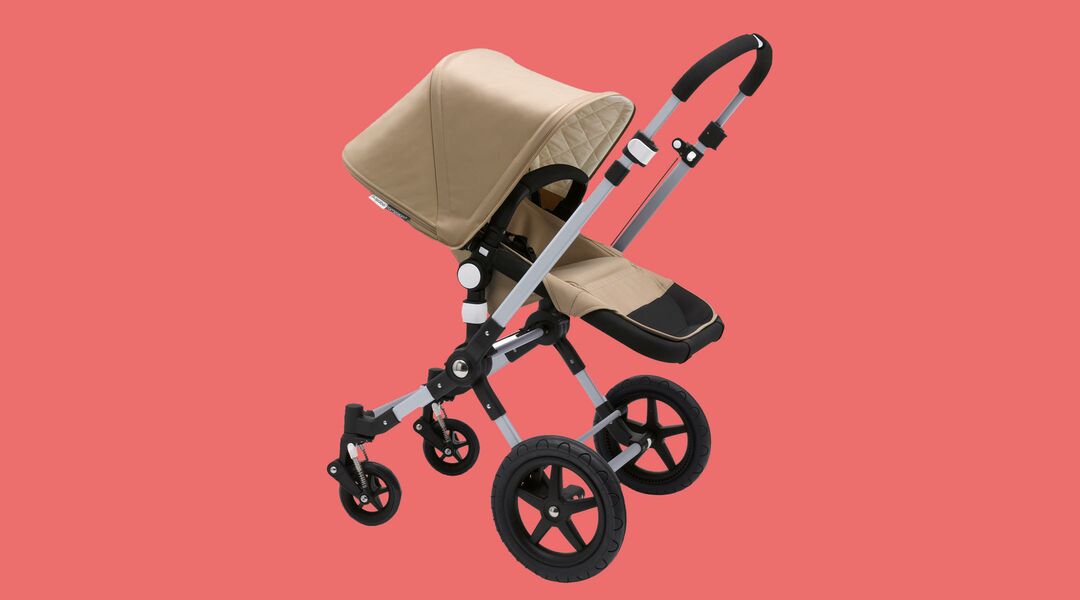 Cons
• Could use more storage
• Some accessories aren’t included

Bottom Line
To me, parenthood often feels less than glamorous. Though expensive, the Bugaboo Cameleon3 makes everyday strolling feel a little bit more like a joyride.

Ready to register? Shop our catalog for the Bugaboo Cameleon3 Base Stroller.

I was overwhelmed by where to begin when it came to looking for a stroller. After all, how were we supposed to know what we’d need when our baby arrived? How could we anticipate what features would become important in 2, 7, 18 months? But then we came across the Bugaboo Cameleon3 and all that changed. Buying this workhorse of a stroller was like buying a step-by-step manual, a how-to of strolling. Everything was there when we needed it for that next stage.

The Cameleon3 comes with a variety of items that grow with your family, including a bassinet, regular seat frame, rain cover, extendable sun canopy and matching bassinet apron, and an underseat basket. For those first three or four months, we toted our eldest, Ruby, around in the bassinet like the Queen of England! It was totally functional—spacious, nicely padded, streamlined, versatile—and regal looking! We walked city streets, went out to dinner and took naps on the go. In the beginning, we even used the bassinet as a portable crib when traveling to a grandparent’s house (no need for a Pack ‘n Play). Have I mentioned it’s also beautiful? 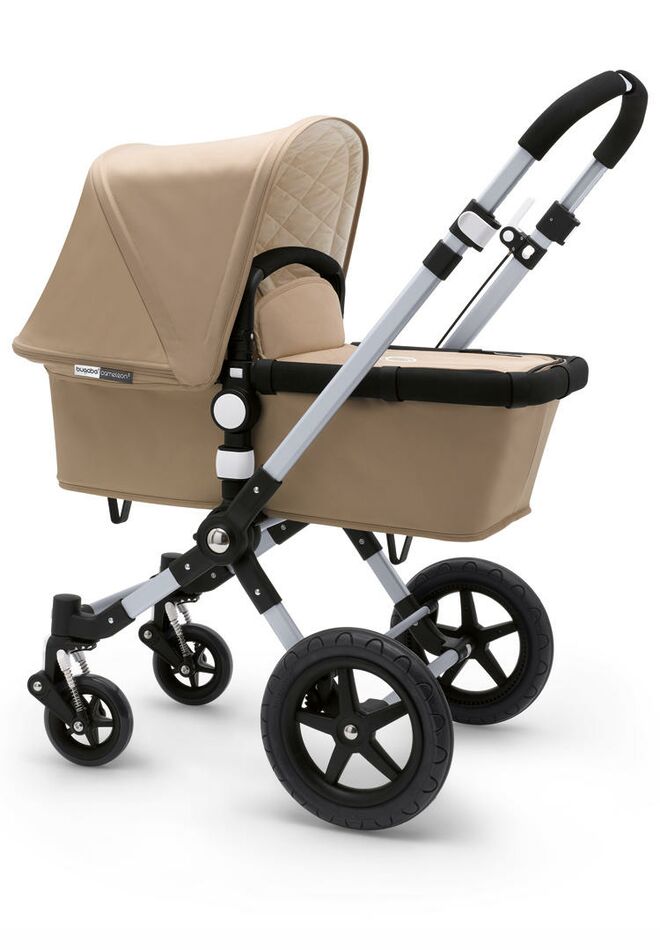 Back when Ruby was first born, I mainly used the bassinet instead of a simple car seat snap-and-go situation, not only because I personally felt like the car seat would be restrictive and too warm in the summer months, but Ruby also seemed to like the freedom the spacious bassinet gave her to move around. Our 10-week-old, not so much! Hattie prefers feeling a bit more snug in the car seat, so this time around I haven’t been using the bassinet as much and actually purchased the car seat adapter ($45). (It works with other popular brands Chicco, Graco, Peg Perego and Britax.)

Additionally, the skateboard attachment ($125) works well for Ruby, who’s now 2. The girls like riding together, and I love not having to lug around a double stroller. Yes, I had to buy both attachments over time, but I’m okay with having purchased the basics up front and then adding to my stroller, over months and years, as the need arose. Although it increases the total price, I’m happy to add to the stroller because it’s really a pleasure to use and has been our trusty sidekick from the beginning. And when I’m out alone with Ruby, I can quickly and easily remove the car seat, snap the regular seat back on, and we’re off. Oh, it’s also worth mentioning that the seat held her as well at 4 months as it does now at 26 months. And we’ll still be able to get at least another year of use out of it for Ruby, since the stroller can accommodate toddlers up to 37.5 pounds. Two kids, one single stroller. It’s a beautiful thing!

When it comes down to it, a stroller is really all about the ride. Our Cameleon3 impresses us at every turn on dirt trails, city streets and beyond. With one side of the family in rural Vermont and the other side in Philadelphia, it’s nice to be able to have one stroller that’s compatible with both environments. When I read about the Bugaboo wheels online, the brand talks up their excellent “shock absorption,” and though I’m not entirely sure what that means, I do know that this thing rides like the wind. I can push the stroller easily with one hand. It turns, it spins, and whether you’re pushing it through a grocery store, on city streets or rocky trails, it makes riding around feel like ice skating. In fact, you don’t even need the terrain wheels (sold separately), unless you’re truly doing something extreme with this stroller; you can just reverse the handlebar so the big back wheels are in the front, making it easier to push. During the summer, I work at an overnight camp in the mountains, and the regular wheels are more than okay for navigating the often bumpy campgrounds—in fact, they’re perfect for it. I find my Bugaboo to be much easier to maneuver than other strollers in its class. It’s narrower (only about 18 inches at its widest part), lighter and, most importantly, it fits through any door. If you think that’s a stroller given, you’re mistaken! 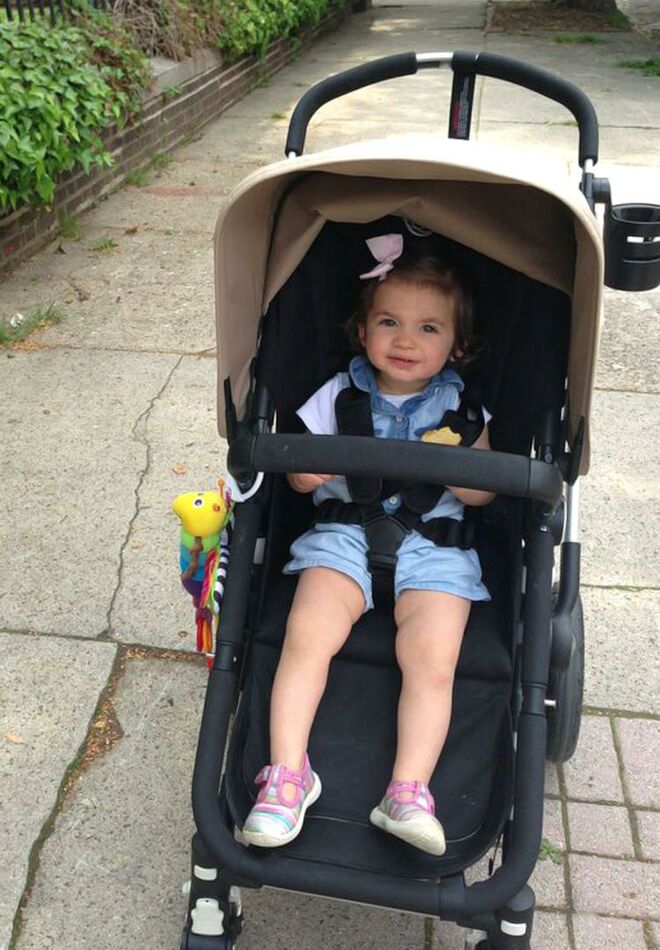 The Cameleon3 also collapses to a very manageable frame. Is it as easy or light as my lightweight travel stroller? No. But in my mind that’s why they make travel strollers. As far as a luxury stroller goes, the Bugaboo is as good and streamlined as I can imagine it getting, and it’s much easier to break down than some of my friends’ strollers. It folds up nicely with the release of a button (see the very helpful online video for visual learners like me!), and I like that all parts can separate (to make room for the add-ons I mentioned). There’s no bassinet on top of a car seat on top of a regular seat, which you see in a lot of other strollers, making them look like a cumbersome parade float.

The one downside about folding up the stroller is that the underseat basket has become a nuisance. Maybe I’d be more tolerant if it were a fantastic basket to begin with (it isn’t), but I find the folded basket to be an awkward part of the stroller breakdown. It’s just not as seamless as the rest of the disassembling process, and feels a little like an afterthought the brand forgot to make room for. That said, the basket is good enough. It’s big enough to hold one grocery bag, but it definitely won’t hold two (as I know some other strollers do). I actually almost chose another stroller that was known for its superior basket. But knowing what I know now about the rest of the Cameleon3, I’m glad I didn’t.

We have used our Bugaboo Cameleon3 for more than two years, and in my mind, this stroller has been well worth the price. Though expensive, it’s been an absolutely good value in that we use it every day and it looks as good and functions as fabulously as it did on day one (despite having been caught in the rain/snow sans weather cover more times than I can count). Plus, the three-year warranty that Bugaboo offers for all of their strollers is a nice insurance policy should anything happen.

With eight fabric options for the canopy, six for the seat and two hardware finishes, the Cameleon3 is truly customizable. I chose the khaki fabric, and I like the idea that if I ever wanted to, I could switch it up at any point and purchase one of the other colors. When it’s time to blast away any stubborn stains, you can just throw it in the washing machine for a deep clean. The Bugaboo is, for us, the perfect size. It’s obviously substantial enough to make it a smooth-sailing luxury stroller, but it’s narrower, lighter and sleeker than its counterparts. It feels streamlined yet luxe. 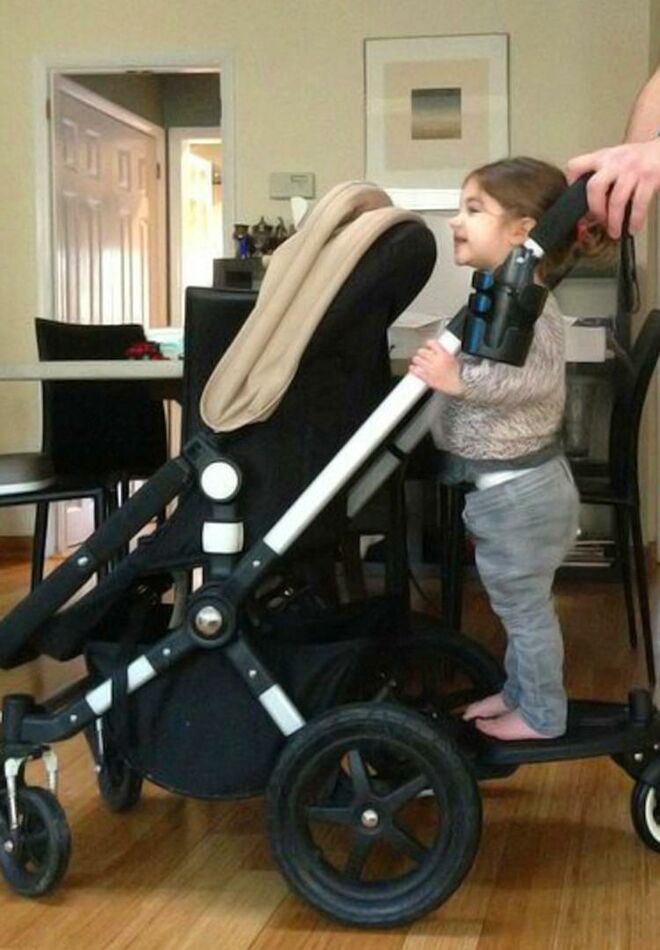 It’s pricey, but when you break it down by how much use we’ve gotten out of it, we honestly feel like the Bugaboo Cameleon3 is a good value. It’s with us every day, for every occasion, in rain or shine, for both of our kids, and it looks as good and functions as fabulously well as it did when we bought it more than two years ago. It has grown remarkably well with our family.

Anna Black Morin is a summer camp director and mom of two. She lives in Philadelphia with her husband, Eric, and daughters Ruby (3) and Hattie (1).