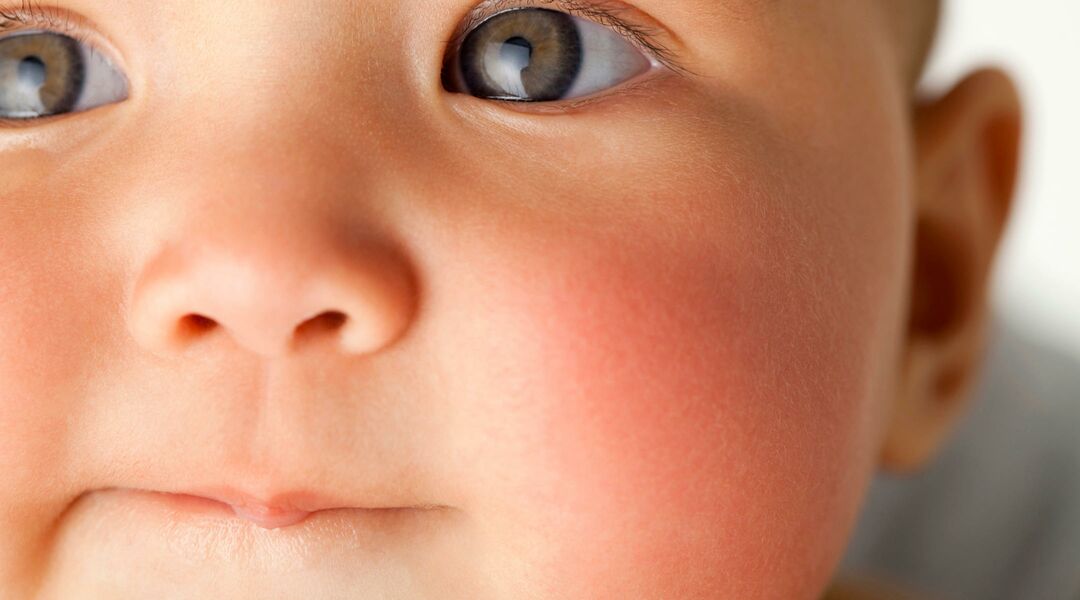 Rashes and Skin Problems in Babies

The real deal on what could be causing baby's rash — and how to clear it up.

What’s a rash or skin problem for a baby?

Your baby or toddler’s skin is a billboard for what’s going on in the rest of her body — changes in it can be caused by anything from a food allergy to psoriasis. Most of the time, a rash or breakout is a perfectly normal occurrence, but occasionally, it can be a warning that there’s something more serious going on.

What could be causing my baby’s rash or skin problem?

There are as many causes of skin outbreaks as there are cute nicknames for your baby. Sometimes the problem is caused by a virus ( chicken pox, measles, rubella), sometimes it’s from contact with an irritant or  allergen ( poison ivy, diaper rash, insect bites), sometimes it’s a fungal infection ( ringworm), and sometimes it’s an ongoing issue ( warts, eczema). Often your baby or toddler will itch and scratch herself raw, but in many cases, she may not even be aware there’s something out of the ordinary going on.

When should I take my baby to see the doctor for a rash or skin problem?

Many rashes or skin problems are more of a cosmetic issue than a signal of any real concern (see: baby acne and warts). If she’s chronically itching or bothered by the rash or skin issue, definitely talk to her pediatrician. Otherwise, in many cases, the problem will simply clear up on its own. However, if her breathing is also affected (she’s wheezing or breathing rapidly or noticeably swelling in the face, lips or mouth), she may be having a severe allergic reaction and needs immediate medical attention. She’ll also need to see a doctor or hit the ER if she’s developed signs of meningitis (fever, stiff neck, vomiting or diarrhea, sensitive to light) along with her rash or blotchy skin.

What should I do to treat my baby’s rash or skin problem?

Because there’s an incredibly wide array of causes for rashes and other skin conditions, talk to your doctor first to determine what may be causing the problem. The doctor may suggest an over-the-counter cream or lotion to help alleviate symptoms and, in some cases, may prescribe something a little stronger. If the rash or skin condition is accompanied by other symptoms (fever, nausea, sore throat), you may need additional medications to fight whatever’s ailing baby, so speak with your doctor for details.

Caring for a Newborn’s Skin