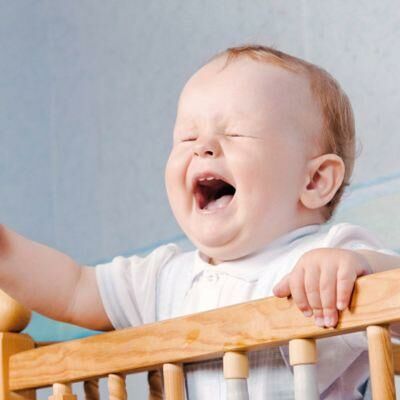 Baby’s been up two times already tonight, and there she goes again. You consider letting her cry it out, but then you wonder, “Will she be scarred forever?”  A new study from the AAP says no — that letting baby cry every now and then won’t hurt her emotionally or ruin your relationship with her.

After a 2005 Infant Sleep Study suggested the cry-it-out method wouldn’t benefit children, a second study was conducted to see how sleep interventions — or lack thereof — affect children’s emotions and behaviors in the long run. During the five year follow up, known as the Kid Sleep Study, researchers evaluated the emotional health of 255 children from the original study.

When the children turned six, researchers conducted a 60-minute home-based observation of each child’s lifestyle. Afterwards, they distributed the Pediatric Quality of Life Inventory and took post-sleep samples of cortisol (a hormone released as a response to stress) for further evaluation. All of these assessments were used to determine the child’s emotional state and the quality of their child-parent relationships.

In the end, researchers found no difference in emotional health or in parental relationships between children who received sleep intervention and those who were left to cry.

So should you do the “cry-it-out” technique or not? Unfortunately, there’s no right answer that works for every parent. As with most parenting styles, you have to go with what feels right to you.

Did you ever let your baby cry it out? Why or why not?