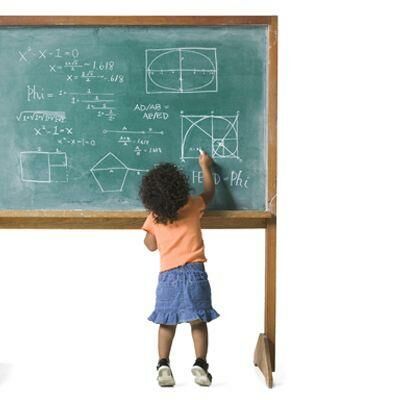 School’s back in session, and while some say the trick to raising a genius is through flashcards and foreign language classes, we like to think it could be about picking the perfect name. Inspired by some of the smartest people we know (well, know of), these names will move your baby to the top of the class in no time.

Albert Albert Einstein was more than a big brain and hideous head of hair. He used his knowledge to alert America of Germany’s atomic weapon during World War II, and led the research for the Manhattan Project. Name your baby after famous physicist, and he may be more likely to use his smarts for good.

Elizabeth Many Elizabeths have made the history books, but we want to call attention to Elizabeth Blackwell. As the first woman to graduate from medical school and earn an M.D., she soon became a pioneer for women’s education. And wouldn’t it be awesome to have a doctor for a daughter?

Isaac Sir Isaac Newton wasn’t a one-trick smarty pants. Although he’s most known for figuring out gravity, the scientist also contributed to the fields of math, astronomy, philosophy, religion, and alchemy. Hopefully, baby Isaac will have plenty of career paths to choose from.

Marie Even when working with her husband, Marie Curie managed to make herself a star in the science world. Famous for pioneering research on radioactivity, the Polish scientist was the first woman to win a Nobel Prize and the only person — male or female — to win in multiple sciences.

Benjamin Listing all of Benjamin Franklin’s accomplishments would take up too many pages. But this pseudo president contributed a lot to society, including theories on electricity, temperature and decision making. If you’re son accomplishes half of that, you should be a proud parent!

Susan If you want to raise a leader, this is the perfect name. Susan B. Anthony spent her life fighting for women’s rights to vote and work, as well as rights for African Americans. You’ll be so proud of your daughter when she fights for the little(er) guys on the playground.

Leonardo When it comes to famous painters, no one compares to Leonardo da Vinci. His works are studied and admired by millions, and his writings on the topic are considered the Bible of the art world. Start saving your son’s finger paintings now. They’ll be worth millions someday.

Clara After tending to thousands during the Civil War, Clara Barton took her skills to found the American Red Cross — an organization that has helped millions. It takes a huge heart to help others, but we know your daughter is up to it.

Warren Help your son become successful in a different way. Like his namesake, Warren Buffet, your son will know how to invest his money and use those huge earnings to help others. Hopefully he’ll keep enough to take care of you in your old age.

Margaret With this name, your daughter is bound to make a difference. If she’s a people person, perhaps she’ll take after famed anthropologist Margaret Mead. If she’s more passionate about people’s rights, she might chose a path similar to birth control activist Margaret Sanager. And if she’s a poised girl who likes politics, she may become the next Margaret Thatcher. Sounds like the odds for the success are in her favor.