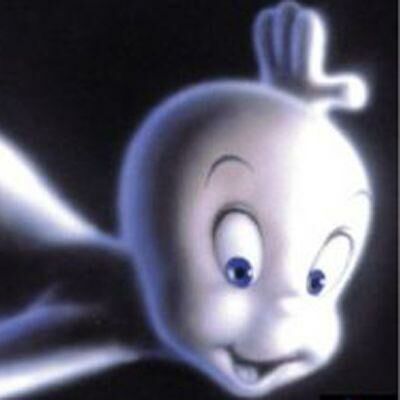 Halloween’s almost here, which means time for creepy costumes and chocolate candy. It’s also time to sit back and watch your favorite horror films. Here are some spooktacular, scary movie inspired names that you may want to consider for a Halloween baby.

Casper (Casper the Friendly Ghost) Not all ghosts want to frighten people. In fact, most just want to have fun with their human friends. Hopefully, your son will have the same compassion as this not-so-scary ghost.

Buffy (Buffy the Vampire Slayer) Whether you’re channeling the cheesy 80’s movie character or the 21st century TV heroine, this name automatically implies that your daughter will kick some serious butt.

Freddy (A Nightmare on Elm St.) He may be the ultimate nightmare (he does, after all, kill people in their dreams), but he was neglected as a child. If you love your little Freddy, we’re sure he’ll turn out all right.

Katie (Paranormal Activity) In this villain’s defense, she only became evil when a demon took over her body. As long as your great-grandmother didn’t promise the devil your child in exchange for wealth, then your daughter will be okay.

Jason (Friday the 13th) It’s hard to find a redeeming quality in this campground killer. But his hockey mask makes me think he’s athletic and that’s a good thing, right?

Sidney (Scream) You have to sympathize for this theatrical heroine. Not only did she lose her mother and most of her friends, but she was stalked by a serial killer. We’re sure your daughter won’t suffer the same fate (but keep the doors locked at night just in case).

Jack (Nightmare Before Christmas) You have to commend the pumpkin king of Halloween Town for trying to turn a scary night into something more like Christmas. Perhaps your son will be more successful in his creative endeavors.

Winnie (Hocus Pocus) She may not be the prettiest or funniest of the Sanderson sisters, but man can she sing! Not to mention she has a way with magic.

Adam (The Addam’s Family) They may be creepy, kooky, mysterious and spooky, but this macabre family means well.

Janet (Rocky Horror Picture Show) You may not be able to show your daughter this movie for a while, but once you do she’ll love you forever. And whenever you’re upset with her, you can burst into song with a simple “Damn it, Janet!”

What Halloween character would you name your baby after?