Uh Oh! the Most Annoying Things My Partner Said During My Pregnancy 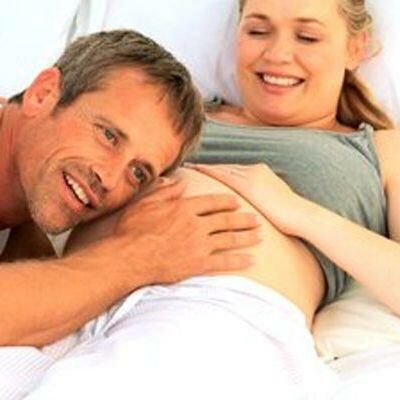 Before I share what my partner would say that would l iterally make me scream while I was pregnant, I will say that I wouldn’t trade the experience I had with him ever. This was his first child. Like any other first-time father, he was excited. He couldn’t help it if I had absolutely no patience. He did get a couple passes since he was new to the idea of being an expectant dad — but then the day came when I had enough of his comments. I didn’t want to hear what “his” suggestions were anymore. Enough already! I had been pregnant before. I knew what being pregnant was like.

During my first trimester, I was having a rough time with nausea. One night in particular I wasn’t sleeping very well; I kept getting up and running to the bathroom, returning to the bed moments later without resolve. He woke up and asked me if I had ever thought of staying in the bathroom until my nausea ended. Really? I ignored his suggestion as I honestly had no energy to even confront his idea in the middle of the night. I just wanted to sleep. When we went to our 14-week check up, he asked my OBGYN if she agreed that brushing my teeth more would help with my nausea. (Rolling my eyes.)

I would feel nauseous at the most random times so to be prepared, I started to carry a cup wherever I went. He refused: he didn’t want me to keep a cup in his car. He thought this was a grotesque habit. Well after riding in his car for less than 5 minutes and getting sick, he never argued with me about that again.

I am aware my tolerance for all things silly was cut short due to my pregnancy, yet I also am aware my feelings were being challenged. I know that what his concerns were had a certain valid approach. But, what ever happened to following your partner’s lead? Being supportive doesn’t always mean one can fix every problem or challenge that comes up. Sometimes support comes and is best received when one is quiet and just listens. Although it was a very rocky start, my partner ended up realizing the most beneficial way to communicate his concerns with me. And I actually started to appreciate his opinions and suggestions. Life and love have a funny way of teaching us tolerance.

Did your partner say anything to frustrate you? How did you deal?