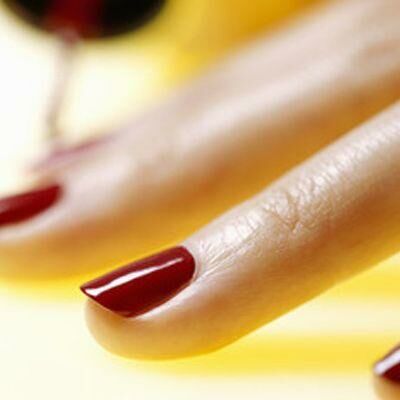 You’ve probably been told to avoid nail polish with the chemicals dibutyl phthalate (DBP), toluene, and formaldehyde while you’re pregnant, to avoid exposing baby to the chemicals. Should be as simple as checking the bottle before you get a mani, right? Well, not exactly.

The California Environmental Protection Agency’s Department of Toxic Substances Control (DTSC) recently did a study of nail products for sale in the San Francisco Bay Area and tested them for DBP, which can cause hormone production problems in a fetus; toluene, which can cause reproductive issues, headaches, itchy eyes and more; and formaldehyde, which can cause breathing problems and could cause cancer (all scary!).

25 nail products were randomly collected from distributors to nail salons. Of those items, 12 claimed to be free of at least one of those chemicals, and seven claimed to be free of all three (“three-free”). But when the researchers tested what was inside the bottles, they found that many were mislabeled. 10 of the 12 products that said they were toluene-free actually did contain toluene and five of the seven that said they were three-free couldn’t be proven to live up to their claims.

So, if you’re pregnant, avoid these nail polishes — all salon-only brands (not sold in stores) which the Associated Press says were among the mislabeled ones:

The DTSC is calling for manufacturers to accurately label their products and for the industry to make measures to keep nail salon workers safer from these chemicals.

Do you get manicures while you’re pregnant? Or are you steering free of nail polish?