Are X-Rays Safe While Pregnant? 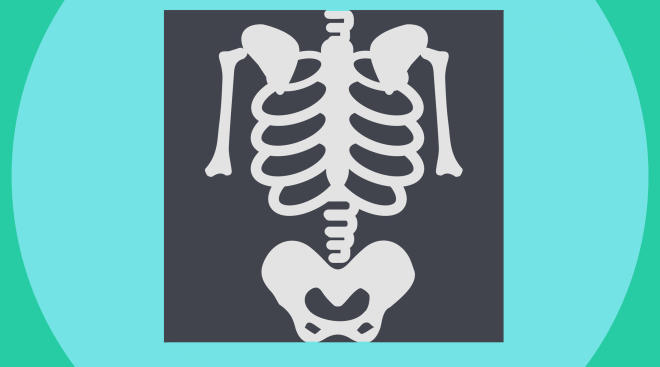 It’s usually safe to get certain x-rays while pregnant. In fact, the FDA makes clear that the risk of not having a needed x-ray could be much greater than any risk of radiation. Still, if you’re told you need an x-ray, make sure to alert the medical staff that you’re pregnant. Depending on the body part involved, they may decide to postpone or reduce the amount of radiation.

X-rays work by allowing radiant energy to penetrate the body, producing a picture of internal structures like bones and organs. While different x-rays require different amounts of radiation to do this, common diagnostic x-rays don’t overexpose you or baby to radiation.

“During most x-ray examinations—like those of the arms, legs, head, teeth, or chest—your reproductive organs are not exposed to the direct x-ray beam,” the FDA says. “So these kinds of procedures, when properly done, do not involve any risk to the unborn child.”

But what about x-rays on your lower torso, like your abdomen, stomach, pelvis, lower back or kidneys? In these cases, your baby may be directly exposed to the x-ray beam.

“There is scientific disagreement about whether the small amounts of radiation used in diagnostic radiology can actually harm the unborn child, but it is known that the unborn child is very sensitive to the effects of things like radiation, certain drugs, excess alcohol and infection,” the FDA says. “This is true, in part, because the cells are rapidly dividing and growing into specialized cells and tissues. If radiation or other agents were to cause changes in these cells, there could be a slightly increased chance of birth defects or certain illnesses, such as leukemia, later in life."

The word “leukemia” may be enough to have you swearing off x-rays altogether. But one individual x-ray is likely not enough to cause you or your baby any harm. In fact, the CDC defines a small dose of radiation as equivalent to 500 chest x-rays or less, noting that “most researchers agree that babies who receive a small dose of radiation at any time during pregnancy do not have an increased risk for birth defects.” In the event a fetus is exposed to large doses of radiation, the CDC says it’s most sensitive between weeks 2 and 18 of pregnancy.

As patient resource RadiologyInfo.org explains, it’s worth noting we’re exposed to naturally-occurring radiation every day. Each year, the average American is exposed to about 3 millisieverts (mSv) of radiation. A routine chest x-ray will expose you to about 0.1 mSv, or the rough equivalent of the normal amount of radiation you’d experience after 10 days in your usual surroundings. At 0.4 mSv, a mammogram equates to about seven weeks of natural radiation exposure. You can ask your doctor how much exposure is expected of any given x-ray, and see a more comprehensive list here.