Bed Rest During Pregnancy: Why Taking the Doctor’s Orders Could Be Dangerous 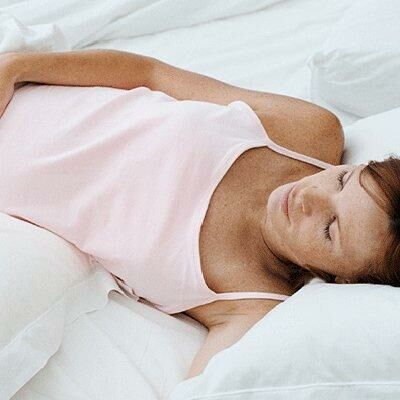 New research on bed rest during pregnancy reveals that taking the doctor’s orders may not be as helpful as previously recommended. According to the latest study, some specialists feel that the age-old treatment doesn’t, in fact, seem to prevent the risk for premature birth — it might actually worsen the risk.

In a study of 646 women, Dr. Catherine Spong and a team of researchers took a closer look at a study of treatments for women at risk of premature birth due to a complication called " short cervix." During the study of the treatments, doctors were free to decide if the participants also should restrict their activities, which would essentially offer them a real-world test of the effects. The ‘prescriptions’ were: no sexual activity, partial or complete work restrictions and restrictions on non-work activity: all of which are considered bed rest. They found that nearly 40 percent of the women enrolled in the study were prescribed one of these prescriptions — though most were instructed to restrict  all types of activity — during their second or third trimester.

Researchers noted that 37 percent of the women who took the precautions had a premature baby, compared to the 17 percent of the women who didn’t scale back their activities. Spong said, “The data suggests that bed rest does not prevent preterm birth in this high-risk population, but it doesn’t definitively answer that question.” What the study does do, however, is continue to raise questions about the harm bed rest can do to women (and to baby). Though there isn’t a direct correlation between the women who went on bed rest and the women who gave birth to a premature baby, it is totally possible that the 37 percent of women may very well have been at a higher risk for a preemie due to age and more serious cervical complications. Spong said, “Patients want you to do something, and physicians want to do something.”

To showcase just how important the most recent link is, researchers also pointed out other studies that link bed rest to increased stress and anxiety, both of which are associated with smaller birth weight babies and premature deliveries. Not to mention, bed rest is known to increase a mother’s risk of a dangerous blood clot, as well as side effects including bone and muscle loss.

When researchers took into account outside factors, they found that those women who rested were more likely to have private insurance — which also shed light on whether risks linked bed rest were more of a social rather than medical issue. The American College of Obstetricians and Gynecologists says bed rest shouldn’t be “routinely recommended” for prevention of preterm birth.

Spong and her colleagues now express the need for further research to examine the link that exists between preemies and bed rest. Though it’s not likely to happen in every expectant woman, Spong and doctors recommend speaking with your own doctor about the risks associated with bed rest in your second or third trimester.

Were you placed on bed rest? Did you deliver early?